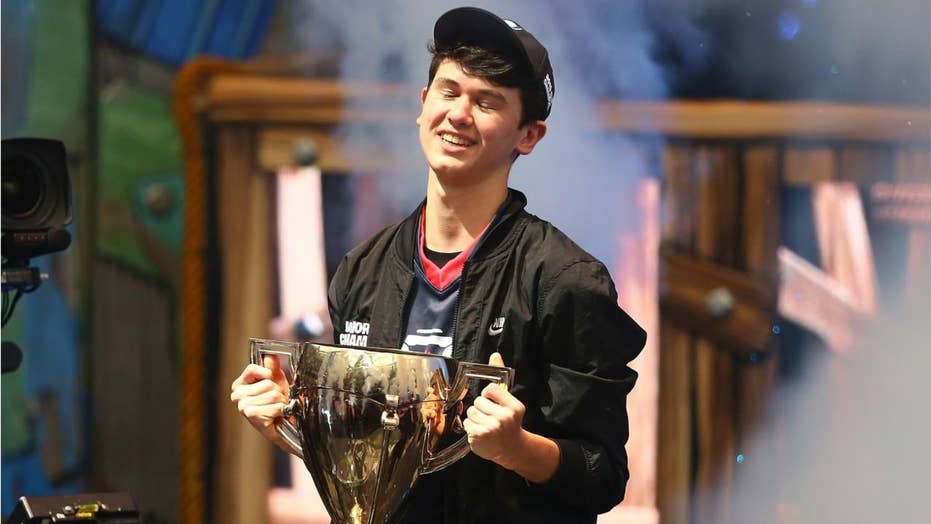 Giersdorf won first place at the Solos competition at the first-ever Fortnite World Cup, winning $3 million in prize money. A 16-year-old from Pennsylvania, Giersdorf plays for the e-sports team Sentinels and topped other professional "Fortnite" players, coming in with 59 points, well ahead of second-place finisher Harrison "Psalm" Chang, who had 33 points.

The $3 million prize is the largest amount ever awarded for an e-sports tournament.

“It’s insane,” Giersdorf said after the final, according to news.com.au.

Giersdorf's best friend, Colin Bradley, told AFP that he knew his friend would do well. “He’s one of the smartest players. He knows when to attack, when not to attack, to stay high ground. He’s a strategic player,” Bradley said in the interview.

A global cultural phenomenon, “Fortnite” has been breaking records left, right and center. In March, it was revealed the game has more than 250 million players worldwide. Epic Games, "Fortnite's" creator, has said that it will give away a total of $30 million in prize money during the World Cup finals.

After winning the tournament, Giersdorf's phone and social media accounts were "compromised," according to Sentinels' team management.

The event was held at New York's Arthur Ashe Stadium and was comprised of three separate tournaments, Solos, Duos and Pro-Am. According to PCMag, which cited data from Esportspedia, this event was Giersdorf's first big tournament, which came after Epic Games, "Fortnite's creator, lowered the age requirement to 13, down from 16.

Chang, who won $1.8 million for coming in second, told CNN that at 24 years of age, it was "great representing the old dudes," before adding: "Fortnite is a young man's game though."