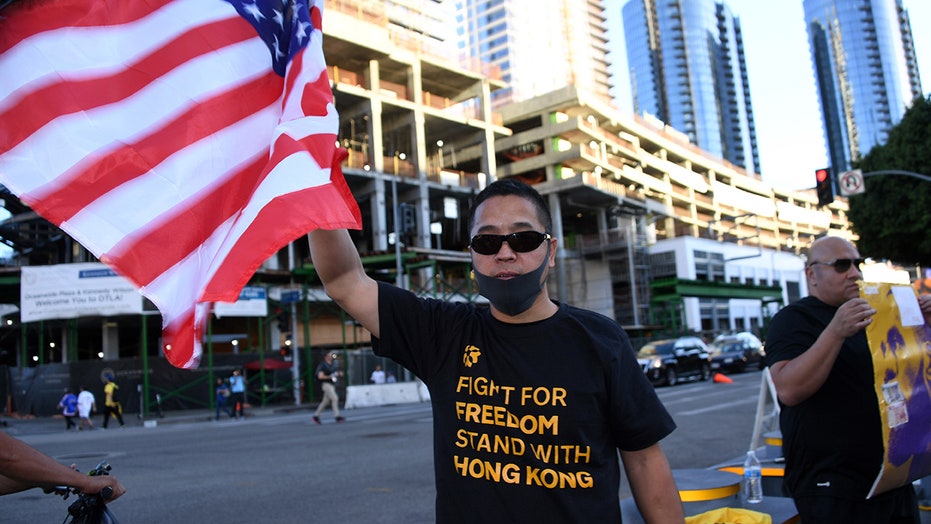 A young fan duped a cameraman during coverage of the NBA season tipoff Lakers-Clippers game Tuesday night, luring the unsuspecting camera operator in by waving a Clippers jersey — only to drop it and reveal a “Stand with Hong Kong” shirt.

During a pan of the audience for a “Dance Cam” segment, a young fan could be seen jumping up and down with a Los Angeles Clippers jersey. As soon as he realized he’d caught the attention of the camera, he dropped the jersey and held up a T-shirt in support of the pro-democracy protests in Hong Kong — a topic which has become controversial in regard to the NBA.

For several seconds the boy held up a shirt that read “Fight for freedom, stand with Hong Kong.”

The camera swiftly tried to move away from the boy and the shirt once the writing became clear and eventually the network switched cameras.

The NBA became linked to the Hong Kong-China dispute earlier this month when the general manager of the Houston Rockets tweeted in support of Hong Kong's pro-democracy demonstrators just as two NBA clubs – the Los Angeles Lakers and Brooklyn Nets – were beginning a visit to China to play a pair of preseason games and make promotional appearances.

The NBA drew strong criticism for allegedly attempting to censor support of the Hong Kong protests to preserve its business relationships with China. China, for its part, retaliated by canceling events, news conferences and banning in-country coverage of the exhibition games.

Protesters gathered outside the Staples Center Tuesday night to continue to voice their support of the Hong Kong demonstrators.

According to an ESPN report, an estimated 13,000 T-shirts, similar to the one the young boy was pictured holding, were handed out outside the arena before the start of the game.

A security guard was captured on video issuing a warning to the demonstrators.

The extradition bill which sparked the heated protests nearly five months ago was withdrawn from the legislative body on Wednesday, though the demonstrations have since expanded over a host of other issues.