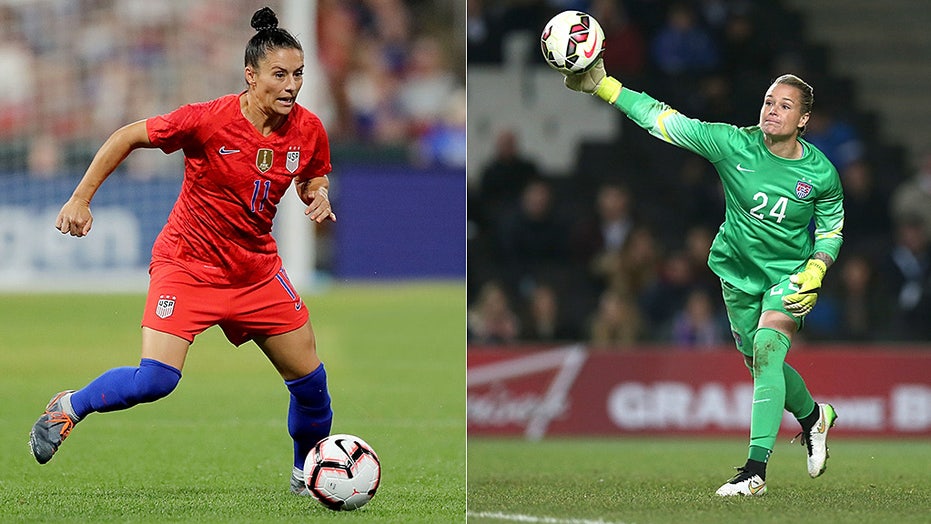 For professional athletes traveling around the world for tournaments and competitions, leaving behind their partners, spouses and family is one of the most difficult things about it.

But right back Ali Krieger and goalie Ashlyn Harris – the two U.S. women’s national soccer team players who recently announced their engagement after years of hiding their relationship – have the unique opportunity to experience the FIFA Women’s World Cup in France together.

“It’s pretty incredible. We’ve done this for so long that finally, we are able to talk about it just like it’s a normal thing, it’s really comforting and kind of a weight lifted off our shoulders,” Krieger, 34, told Fox News at a recent media day in New York. “But it’s not weird at all within the team. We’ve been very professional throughout our entire careers and that’s what we were most concerned about.”

The relationship between the two women – who also play together at the club level with Orlando Pride – was an open secret among die-hard U.S. soccer fans who got glimpses of their lives in Florida on social media. However, they kept their status hidden from public view.

That changed three months ago when they announced their engagement to the world on People magazine.

“We are so over the moon right now,” Harris, 33, told Fox News. “So many great things are going on in our life – going to this tournament, planning our wedding, the recent announcement of our engagement. We’re just so happy and enjoying this.”

The couple understands that their unique situation is just that: unique.

At the same media day, other players on the U.S. women’s team were asked if their spouses and partners would be making the trek to France to cheer on the red, white and blue. There was a range of answers.

Megan Rapione said that her girlfriend, pro basketball player Sue Bird, might be able to join for the latter stages of the tournament. Meanwhile, Carli Lloyd said she was unsure if her husband, pro golfer Brian Hollins, would be making it because of his own commitments this summer.

Lloyd did say she would save a handful of tickets for him if he “were to buy a flight and come over.”

Krieger and Harris, who are planning a December wedding in Miami, both said that it’s special to have that built-in support system but reiterated that the team comes first when they are in France.

“When we’re at work, it’s business,” Harris said. “We are completely separated and we are focused on being the best versions of ourselves so we can give that to the team.”

She added: “We’re here for business. We are here to win a world cup medal.”

The Women’s World Cup begins June 7 with an opening match between France and the Korea Republic in Paris. The American women begin their quest for back-to-back titles when they play Thailand on June 11.

Follow all of Fox News’ coverage of the tournament here and watch all the matches live on FOX, FS1 and the Fox Sports App.