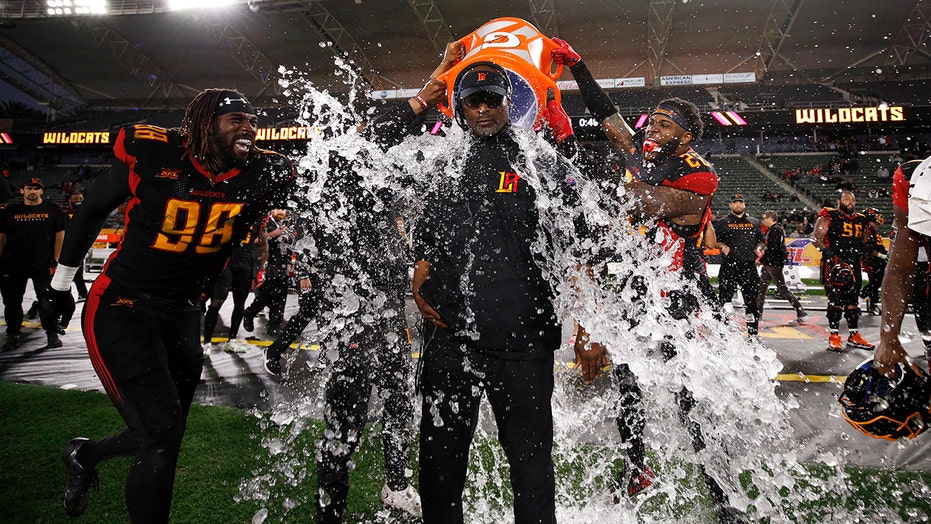 The Los Angeles Wildcats won their first game of the XFL season in a blowout against the previously undefeated DC Defenders in Week 3.

Head coach Winston Moss didn’t exactly appear to be thrilled with getting the first win of the season. Moss received a Gatorade bath in the closing moments of the game and didn’t react at all.

The Wildcats put up an XFL-high 39 points on the Defenders, winning 39-9. Josh Johnson was 18-for-25 with 278 passing yards and three touchdown passes, including two to Tre McBride and one to Martez Carter.

Cornerback Mike Stevens had two interceptions in the game. Arrion Springs and Jack Tocho each had one.

Los Angeles lost its first game of the season to the Houston Roughnecks, 37-17. And then the Wildcats were ousted by the Dallas Renegades last week, 25-18. Two straight losses probably weren’t in the books for Los Angeles.

The team also fired defensive coordinator Pepper Johnson and released linebacker Anthony Johnson after the first week of the season.

The Wildcats are in third place in the XFL West division, sitting just ahead of the Seattle Dragons and behind the Roughnecks and Renegades.

Los Angeles takes on the New York Guardians on the road Saturday.