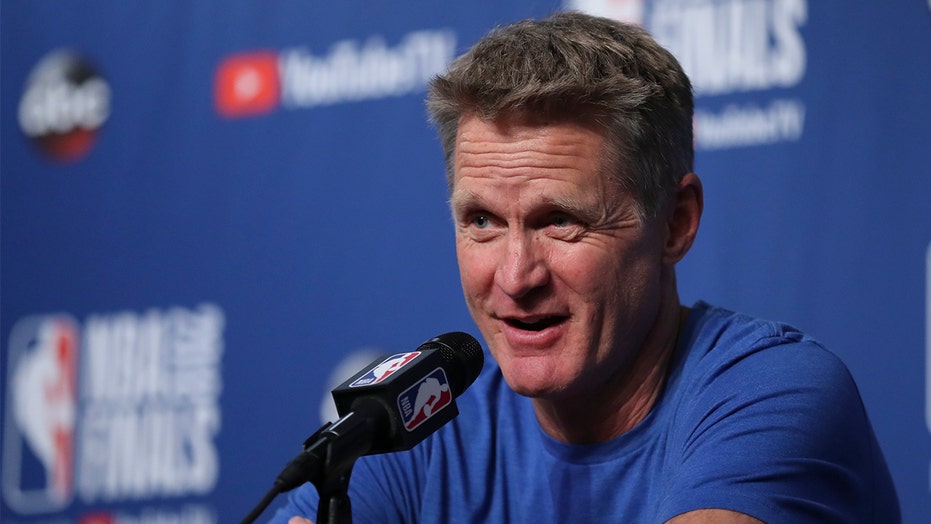 Golden State Warriors coach Steve Kerr said Tuesday he thought Colin Kaepernick would have been considered a "hero" by now and likened the quarterback to Muhammad Ali.

Kerr made the comments during a conference call with reporters, according to USA Today. Kerr compared Kaepernick to Ali, who was barred from fighting because of his refusal to enter the Vietnam War draft during the 1960s.

“He was barred from fighting for years and was one of the most hated men in America and then became one of the most beloved,” Kerr said of the legendary heavyweight boxer. “I think oftentimes the very act of making a ground-breaking statement can be so surprising and shocking that it’s not fully appreciated until later on.”

Kerr, however, said he feels Kaepernick will be vindicated eventually.

“My sense is eventually Colin will be recognized for the gesture that he made and the price that he paid for," Kerr said. “I’m glad that the NFL is now supporting him. I do think this feels different this time. There’s more and more people becoming truly aware of what the experience is for the African-American community and they are realizing that we have to do something about it.”