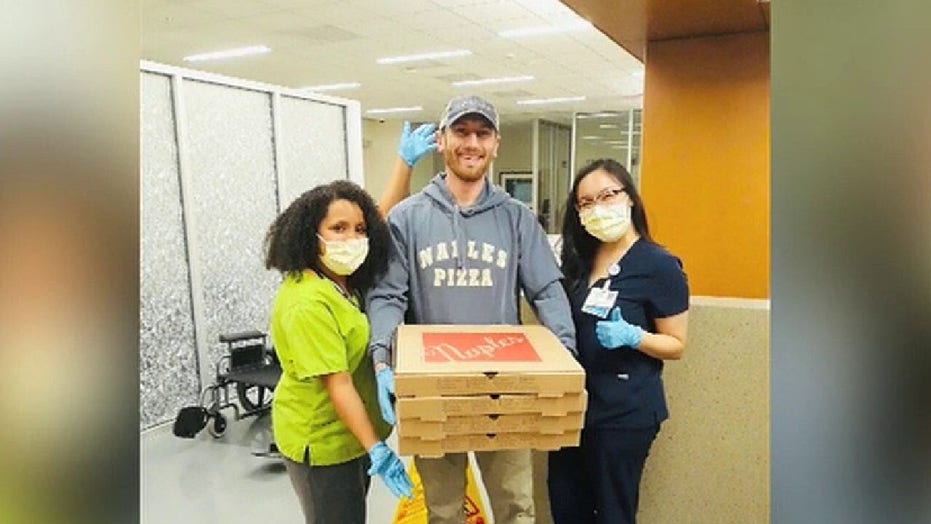 Kurt Kruczek, owner of Naples Pizza in Connecticut, is helping feed the doctors and nurses on the frontlines.

The Golden State Warriors have avoided getting tested for the coronavirus while other NBA teams have been criticized for having greater access to kits that the general public.

Warriors president Bob Myers told reporters Tuesday that the organization is not trying to skip the line, according to the San Francisco Chronicle.

“We’ve been told that the testing is in short supply, and we’re treating ourselves like people,’ Myers said. “We’re not better than anyone else. … I’ve been told we shouldn’t test asymptomatic people in California.”

Myers’ comments came as Brooklyn Nets star Kevin Durant told The Athletic he was one of four players on the team who tested positive for coronavirus, which has affected thousands  nationwide.

“The organization is currently notifying anyone who has had known contact with the players, including recent opponents, and is working closely with state and local health authorities on reporting,” the Nets said in a statement.

“All players and members of the Nets travel party are being asked to remain isolated, closely monitor their health and maintain constant communication with team medical staff. The health of our players and staff is of the highest priority to the organization and the team is doing everything within its power to ensure that those affected receive the best care possible.”

Only three NBA players who are not on the Nets have tested positive for the virus -- Utah Jazz teammates Rudy Gobert and Donovan Mitchell, and Detroit Pistons player Christian Wood. Brooklyn hadn’t played either team since January.

NBA teams came under fire for having immediate access to testing while others have to wait. New York City Mayor Bill de Blasio was among the critics.

The Warriors and Nets were set to play in front of no fans before the league suspended the season.