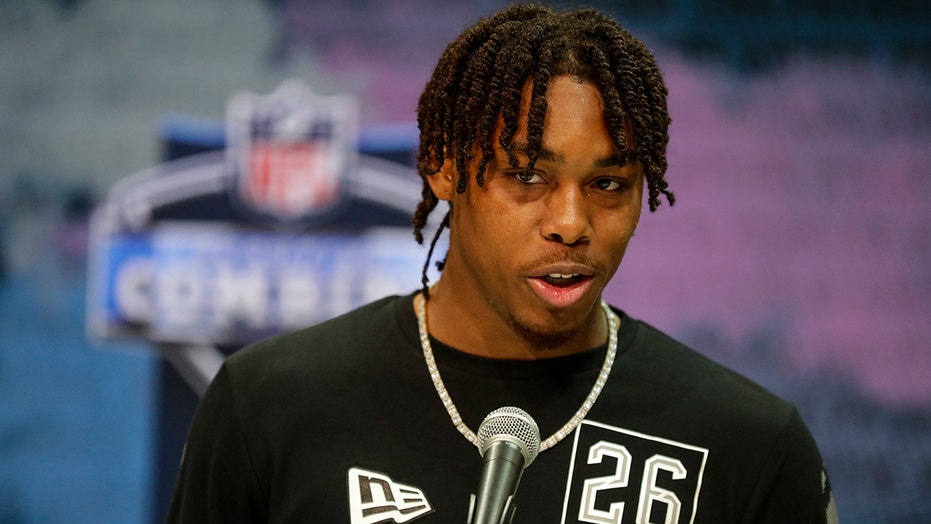 The Minnesota Vikings selected wide receiver Justin Jefferson with the No. 22 pick of the 2020 NFL Draft on Thursday night.

Jefferson is presumably the replacement for Stefon Diggs, who the Vikings traded to the Buffalo Bills for a first-round pick earlier in the offseaon. The Vikings are set to make Jefferson one of the team’s main targets going forward.

JUSTIN JEFFERSON: 5 THINGS TO KNOW ABOUT THE 2020 NFL DRAFT PROSPECT

He spent three years at LSU and is regarded as one of the best wide receiver prospects in the 2020 NFL Draft. Coming out of Destrehan High School in Louisiana, Jefferson was rated as a three-star prospect by 247Sports and Scout.

He recorded 44 catches for 956 yards and nine touchdowns as a senior in high school.

Justin was the third Jefferson brother to play for LSU in college. His one brother Jordan was a three-year starter at quarterback for the Tigers from 2008-11, and his other sibling Rickey played safety for LSU from 2013-16.

In his final season suiting up for LSU, Jefferson was on the end of 111 receptions from quarterback Joe Burrow in a national championship season for the Tigers. He also had 1,540 receiving yards with 18 touchdowns.

Jefferson was the fourth wide receiver taken in the draft. He athleticism is sure to help make the Vikings an interesting offense to watch.