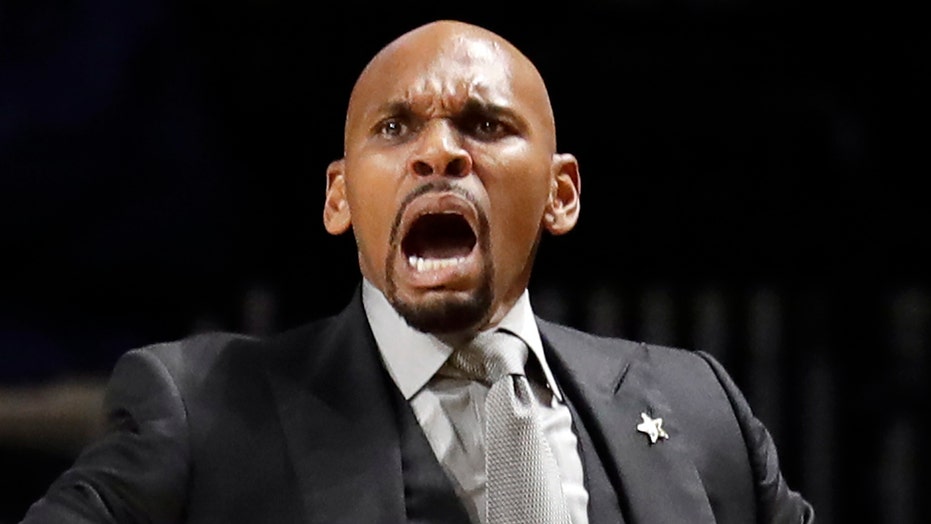 Rouco was apparently upset over Commodores forward Saben Lee dunking the ball in the closing seconds of Vanderbilt’s 90-72 win. Rouco appeared to be pointing while the two were shaking hands. Stackhouse then was seen ripping his hand away.

DUKE CLIMBS TO NO. 1 IN AP TOP 25 FOLLOWING KENTUCKY’S LOSS

Stackhouse said after the game that Lee probably shouldn’t have dunked the ball with seven seconds left in the game, but he took exception to an opposing team’s coach criticizing his players.

“I’m always going to stick up for my guys. That’s all I told him, ‘I’ll coach my team and you coach yours.’”

Stackhouse said that it was only Rouco who appeared to be upset. He said Austin Peay head coach Matt Figger didn’t say anything to him.

Figger was ahead of Rouco in the handshake line and was more upset that his team let Lee dunk the ball.

“We let him go dunk the ball. We didn’t get back. What is he supposed to do?” Figger said, according to the newspaper. That’s our job to get back. There’s nothing to it. Our job is to stop him. We didn’t.”

Figger added: “If it was a different deal, then maybe I’d be upset about it. But we didn’t put up a fight in the last minute-and-a-half, so why would I be mad?”

While Stackhouse’s resume boasts a solid playing career at North Carolina and in the NBA with several teams, Rouco’s pedigree is more or less unknown. Rouco’s coaching career spans 25 years with a head coaching stint at Florida International University and assistant coaching stints at Ole Miss and UTEP, according to his biography.