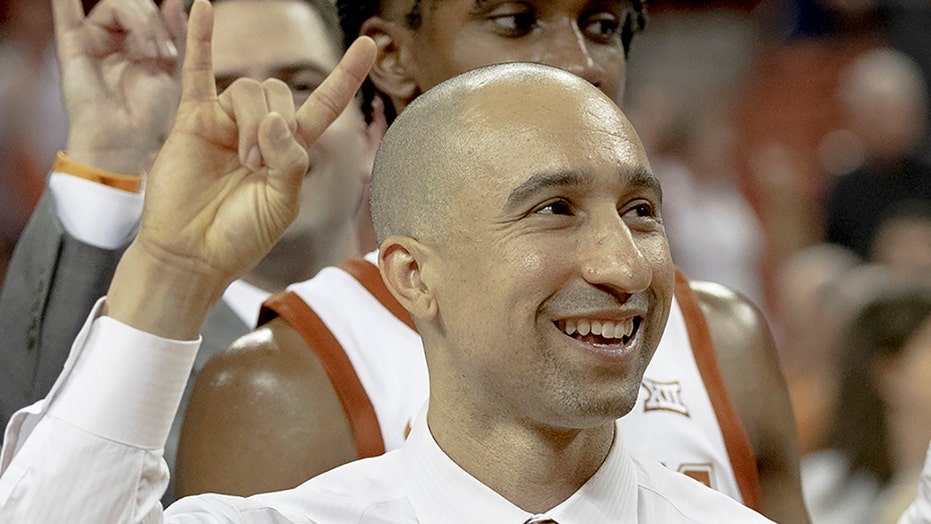 VCU men’s basketball coaches always find themselves returning to the Rams’ home arena even after they have moved on to other high-profile coaching positions.

That’s thanks to a contract stipulation the school has set in place for coaches since Jeff Capel’s successful time with the Rams from 2002 to 2006. The rule was inspired when the program was about to leave the Metro Conference, the New York Times reported Wednesday.

VCU sued the teams that left the conference and demanded they play the team at their home floor in Richmond. Richard Sander, who was the school’s athletic director from 1986 to 2006, told the newspaper he came up with the idea when Capel became the head coach.

Pittsburgh coach Jeff Capel talks with his team during a timeout during the second half of the team's NCAA college basketball game against Robert Morris on Tuesday, Nov. 12, 2019, in Pittsburgh. Pittsburgh won 71-57. (AP Photo/Gene J. Puskar)

“Knowing that it was tough to get home games, I just wrote in his contract that if he took a job at a pre-eminent institution that we’d play a home-and-home series,” Sander said. “When he left and went to Oklahoma, it became part of the buyout. When I hired Anthony [Grant] after that, we kept it in his contract and all the coaches since have had the same thing.”

EVANSVILLE UPSETS NO. 1 KENTUCKY AT RUPP ARENA IN FIRST-EVER MATCHUP

Capel left to coach Oklahoma after the 2005-06 season, but was forced to schedule a home-and-home series with VCU because of the contract, the New York Times reported.

The same stipulation was used for Anthony Grant, Sasha Smart, and Will Wade. Grant, who is currently with Dayton, left for Alabama in 2009. Smart left for Texas in 2015 and Wade bolted for LSU in 2018.

Wade and the LSU Tigers returned Wednesday only to lose 84-82.

“I’ve spent more time at VCU than I have anywhere else in my coaching career. I was there for six years — two years as a head coach and four years as an assistant,” he said before tipoff, according to the New York Times. “It’s going very be very odd to be on the other bench.”

Among Capel, Grant, Smart and Wade, the Rams made the NCAA Tournament 10 times and reached the Final Four in 2011.

VCU coach Mike Rhoades, left, and other players on the VCU bench react to a play during the second half of an NCAA college basketball game against North Texas in Richmond, Va., Friday, Nov. 8, 2019. (AP Photo/Parker Michels-Boyce)

Current coach Mike Rhoades made the tournament for the first time last season and is currently 3-0 this year.