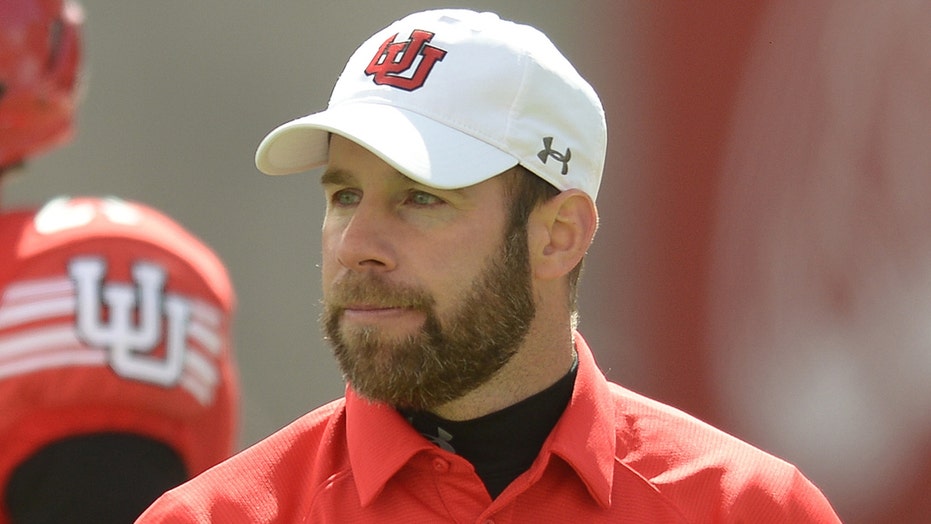 Utah Utes defensive coordinator Morgan Scalley was suspended Friday after the university was made aware of a text message he sent in 2013 that included a racial slur.

Utah’s athletic director, Mark Harlan, issued a statement Friday confirming Scalley’s suspension as the university launches an investigation into a social media post of the text that surfaced Wednesday.

“On Wednesday night, I was made aware of a social media post that referenced a 2013 text message that included racist language, sent by our football program’s defensive coordinator, Morgan Scalley,” Harlan’s statement read.

“Coach Scalley and I have spoken. He is very contrite and acknowledged that the text was sent and that it did include a derogatory and painful word.”

While the exact contents of the text or who it was directed at have not been revealed, former Utah cornerback Ryan Lacy accused Scalley of calling him the N-word in 2008.

“I’m not here to spark outrage, but after the negative tweets I’ve seen directed at the family that actually received the racially explicit text from [Scalley] I will stand for you.. please @ me,” he said in another tweet.

In a statement released by the university, Scalley apologized for what he called a “terrible mistake.”

“I used a racial slur in a text message. This language is offensive and hurtful to not only the African-American community, but to all,” the statement read, according to an ESPN report.

“Immediately after sending it, I apologized to the recipient and his family. I am also heartbroken over the potential breach of trust with my fellow coaches, and with the young men in our program, both past and present.”

Harlan said Friday the Scalley is suspended while an outside firm reviews the incident.

"The use of any form of racist language is not only antithetical to our policies and our values, but it is an affront to all of us, especially our African-American community members," Harlan said.

A former safety for the Utes, Scalley began his coaching career at his Alma Mater as an administrative assistant in 2006.