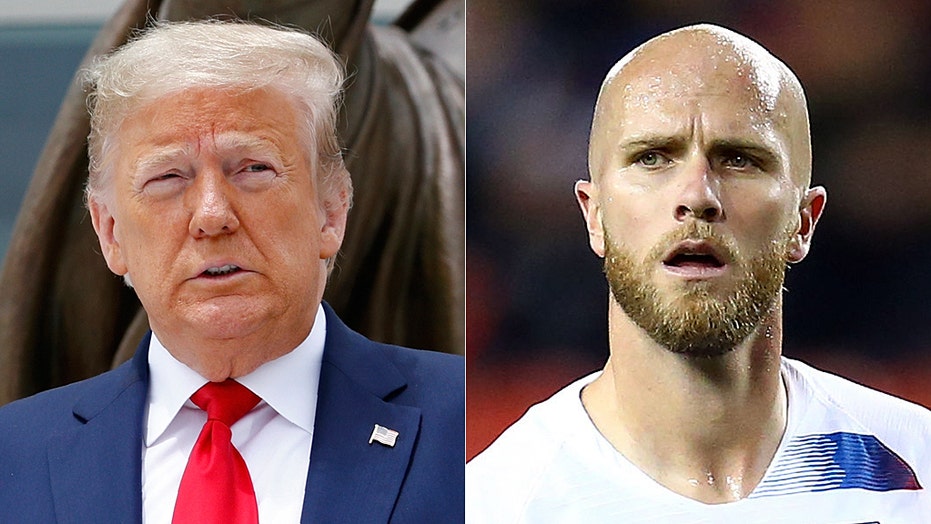 Michael Bradley, a staple on the U.S. men’s soccer team and a member of Major League Soccer’s Toronto FC, slammed President Trump on Thursday over his leadership.

Bradley, 32, told reporters during a conference call the president has shown “zero leadership” as protests spread across the U.S. against police brutality and racism in wake of the death of George Floyd, the Minneapolis man who died in police custody May 25 after an officer kneeled on his neck for more than 8 minutes in a moment caught on cellphone video.

“We need as many people as possible to understand that at a real level, to think about what four more years with Trump as president, what that would mean, how terrible that would be for so many people. If we want any chance to start to fix those things, then Trump can’t be president, it’s as simple as that.”

Bradley was asked about the Black Lives Matter movement and the Floyd protests. He said he was “horrified, angry, disgusted and embarrassed” about living in a world where African Americans fear for their lives day after day. He said there has to be a way to tackle things head-on.

His pro soccer career started in MLS with the New York/New Jersey MetroStars in 2004. He’s since played the Netherlands’ Eredivisie, Bundesliga, English Premier League, Serie B and Serie A before joining Toronto FC in 2014.