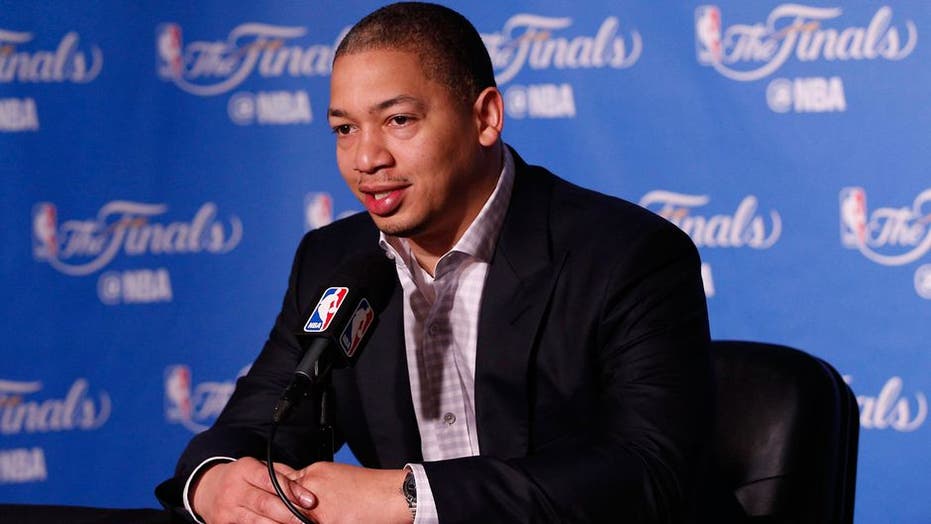 Tyronn Lue was the head coach of the Cleveland Cavaliers when they won their first NBA championship in 2016, but he was fired more than a year later and after LeBron James had left the team.

Lue told The Athletic in a report published Tuesday that he believes he deserved better.

“I don't think it should've happened,” he said. “When it happened, I just kind of ... It puts everything in perspective. You've got to continue to keep working, it's a business -- you've got to understand that.

“It was tough. To win the first championship ever in Cleveland history, and then make the Finals [the next two years] and then get fired six games in, it's hard to swallow and it's tough to deal with. You start thinking about things like what you could have done different or if it was going to happen if you did anything different anyway.”

Lue was 128-83 during his tenure with the Cavaliers. He placed David Blatt in the middle of the 2015-16 season. Cleveland got to the Finals the next two seasons but lost to the Golden State Warriors.

LeBron James and assistant coach Tyronn Lue of the Cleveland Cavaliers talk during the game against the Orlando Magic on November 23, 2015 at Quicken Loans Arena in Cleveland, Ohio. (Photo by Rocky Widner/Getty Images)

He was fired in October 2018 after the team started the season with six straight losses. He took the rest of the season off and would later become an assistant with the Los Angeles Clippers prior to the 2019-20 season.

He told The Athletic he wished he was still the coach of the Cavaliers.

“Yeah, I do. What I tried to build there, I think the culture I tried to set ... I thought we could do it together. Koby [Altman] being a young GM, me being a young coach, having young players," Lue said. "I won a championship there, so you have a chance and an opportunity to do something different, and you should have that leeway to be able to go through a couple challenging years. To win a championship and go to the [NBA] Finals should buy you a little time, you would think.”

Lue admitted that it was tough after James left to play for the Los Angeles Lakers.

“When LeBron left. For me, it was like, it's over,” Lue said. “The team we put together, when Kyrie left it was tough, and then you had 'Bron, so you always have a chance to win and compete for a championship. And then when LeBron left, it was like, 'OK, we have a chance to be a decent team.' But to compete for a championship and get to the Finals -- being realistic that's not going to happen. You kinda come to a realization that it's over. Where do we go from here?

Cleveland finished the 2018-19 season 19-63 between Lue and Larry Drew. Cleveland is not doing that much better this season. Under first-year coach John Beilein, the team is 12-19.