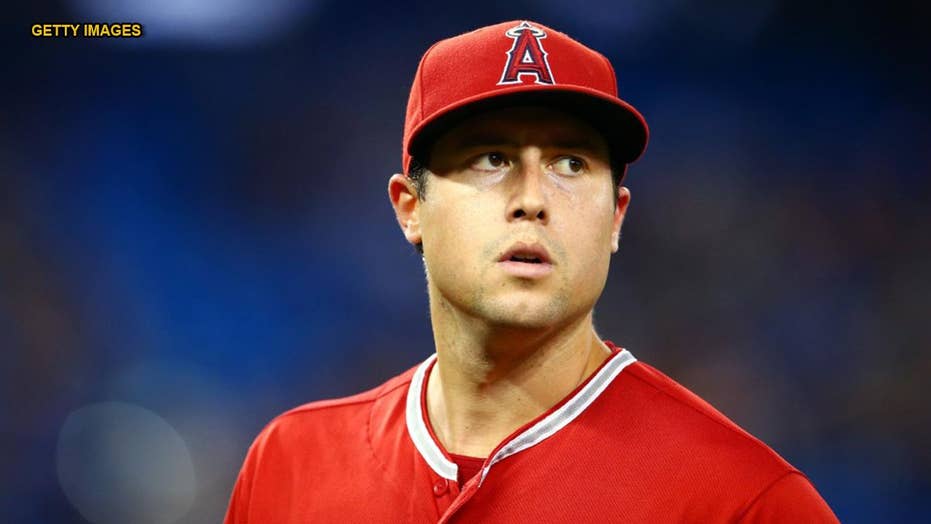 A public relations employee for the Los Angeles Angels told federal investigators he supplied oxycodone to late pitcher Tyler Skaggs and abused the drug with him for years, according to a report published Saturday by ESPN.

The outlet reported that 45-year-old Eric Kay, the Angels' director of communications since 1998, told DEA agents that he supplied Skaggs with three pills in the days before his death on July 1 in a Southlake, Texas hotel room. The report added that Kay told investigators he likely did not supply the drugs Skaggs took just before his death because the pitcher typically took the drugs as soon as he got them from Kay.

He released a statement on Sunday declaring that it was "time for everyone to stand up and take responsibility."

"I felt and continue to feel that it is time for everyone to stand up and take responsibility for their respective roles in this," Kay said in the statement by his attorney, Michael Molfetta. "Nothing anyone does will ever provide closure for the Skaggs family. I can't the Angels can't and the courts can't, regardless of what happens there. But at least I can help them 'know' instead of 'wonder.' My hope is that there is some peace in that for them."

Members of the Los Angeles Angels place their jerseys with No. 45 in honor of pitcher Tyler Skaggs on the mound after a combined no-hitter against the Seattle Mariners in the first game after Skagg's death. ((AP Photo/Marcio Jose Sanchez))

The report also said that Kay gave DEA agents the names of five other players who he believed used opiates while they were with the team.

“We have never heard that any employee was providing illegal narcotics to any player, or that any player was seeking illegal narcotics,” Angels president John Carpino said in a statement. “The Angels maintain a strict, zero tolerance policy regarding the illicit use of drugs for both players and staff. Every one of our players must also abide by the MLB Joint Drug Agreement. We continue to mourn the loss of Tyler and fully cooperate with the authorities as they continue their investigation.”

An autopsy report found that Skaggs, 27, died after choking on his vomit with a toxic mix of alcohol and the painkillers fentanyl and oxycodone in his body.

Kay told investigators that Skaggs texted him to visit his hotel room just hours before the pitcher's death. According to the report, Kay said that Skaggs snorted three lines of crushed opioids in front of him, with Kay recognizing two of the lines as oxycodone.

Kay has been on administrative leave from the Angels since July, and ESPN reported he is undergoing outpatient drug treatment. The outlet says Venmo receipts reportedly showed payments between Skaggs and Kay for amounts ranging from $150 to $600 over two years.

Kay also claimed two Angels officials were aware of Skaggs' drug use, including Kay's longtime boss, Tim Mead, a 40-year Angels employee. Mead left the team in June to become president of the Baseball Hall of Fame. Kay's mother, Sandy, told ESPN she saw texts Skaggs had sent Kay looking for drugs and reportedly told Mead the team needed to get Skaggs "off his back" because Kay was in the hospital recovering from an overdose at the time.

"I have had a lot of conversations with Eric Kay about a lot of things, but opioids and Tyler Skaggs were not one of them," Mead told ESPN.

Asked if he was ever aware that Skaggs used opioids before his death, Mead said, "No."

"We are shocked to hear these reports...We had no prior knowledge of Tyler or any other member of the Angels organization having abused opioids or any narcotic and continue to work with law enforcement to get answers," Garvey told ESPN.

The attorney for Kay, Michael Molfetta confirmed the details of Kay's statements with DEA agents in Dallas and Los Angeles in late September, sources told the outlet.