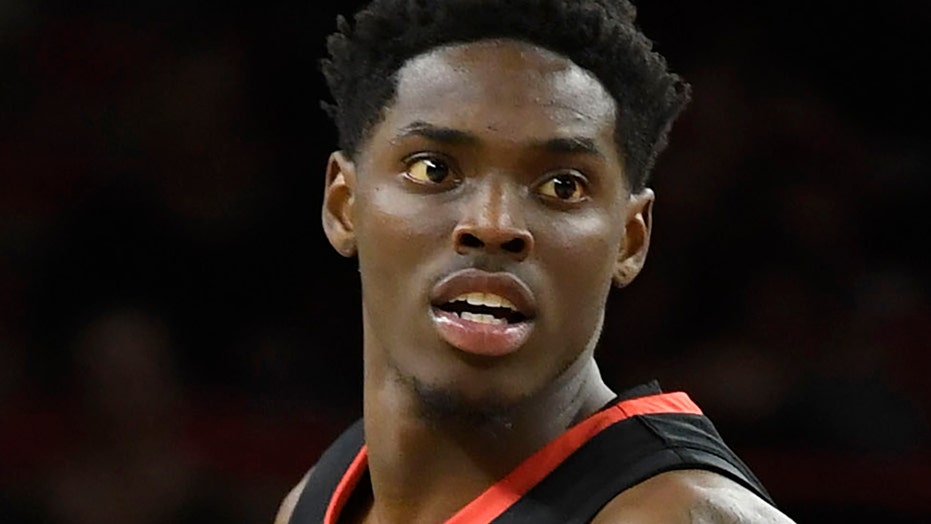 Tulane men’s basketball star Teshaun Hightower was arrested on a murder charge and other counts in Georgia on Saturday.

Hightower, the Green Wave’s leading scorer during the 2019-20 season, was jailed on multiple charges, including murder and aggravated assault, according to Henry County Jail records.

Hightower, 22, was arrested as one of the six people wanted in connection to an April 8 murder in Stockbridge, police said in a Facebook post on Friday. Devante Anthony Long, the victim, died from gunshot wounds, police spokesman Capt. Randy Lee told the Atlanta Journal-Constitution.

Five of six men have been arrested in connection to the murder, including Hightower’s brother Jeffrey.

"He's innocent. He didn't shoot anybody," Walker said of Teshaun Hightower, according to ESPN. "It's sad that this detective sought to make him out to be a monster and he's not. When it's all said and done, it will come out in the wash that the person who did fire the gun shot the gun to protect Teshaun.

"Teshaun's brother actually fired the weapon and fired in self-defense. The victim came out of the house with a gun in his hand and turned his weapon toward Teshaun to shoot him. That's why the victim was shot himself."

Tulane Athletic Director Troy Dannen said in a statement the school “immediately dismissed” Hightower from the team after learning of his arrest.

Hightower had NBA prospects and had announced on April 18 he was entering the NBA Draft pool while maintaining the option of returning to school with one year of eligibility left on his docket.

He was averaging 15.9 points, 4.6 rebounds and 2.4 assists during the 2019-20 season before the coronavirus pandemic shut down sports programs. He had transferred to Tulane from Georgia after playing two seasons with the Bulldogs.