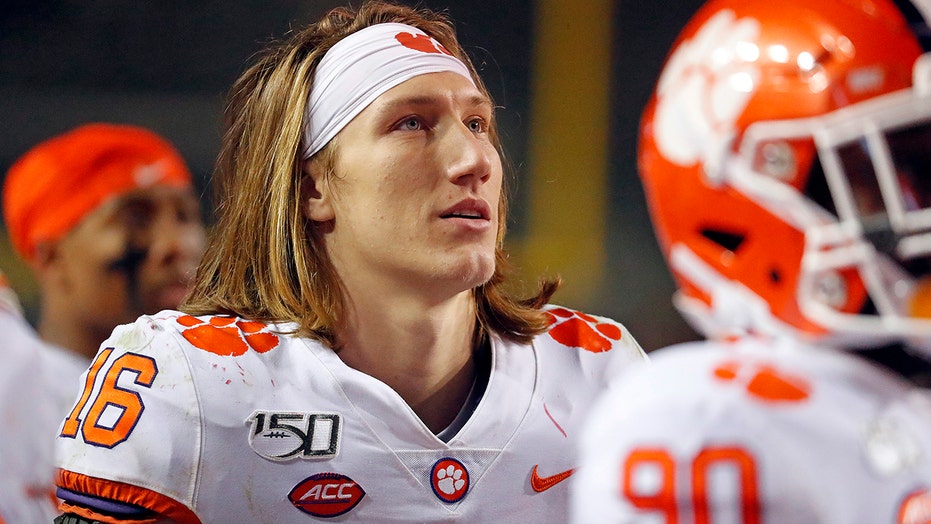 Trevor Lawrence has been one of the best quarterbacks in the nation since he took over the Clemson Tigers’ starting job in the middle of the 2018 season as a true freshman.

Since then, Lawrence has been on a tear and has led Clemson back into the national championship game in 2020.

Here are some things to know about Lawrence.

Since Lawrence took over for Kelly Bryant during the 2018 season, Clemson had not lost a single game. Tigers coach Dabo Swinney named Lawrence the starter after Week 4 of 2018 and the team has not looked back one bit.

Lawrence has had close games in his career but has made the most of every game he’s played, throwing for 6,711 and 66 touchdowns in 29 games for the Tigers overall.

Trevor Lawrence was thrust into the national spotlight last year against Alabama. Lawrence had an incredible game against the Crimson Tide and gave Clemson another national championship.

In that game, he was 20-for-32 with 347 passing yards, three touchdown passes and no interceptions. The Tigers won the game 44-16 and put a dent into the Crimson Tide’s dynasty. Lawrence will look to win a second national championship and continue his own undefeated streak.

Lawrence is a highly regarded quarterback but he has been quoted as saying that his faith has been extremely important to him – even more so than playing football on Saturdays and Sundays.

In September 2018, he told Clemson Insider what his faith meant to him.

“Football is important to me, obviously, but it is not my life. It is not like the biggest thing in my life. My faith is,” he said. “That just comes from kind of knowing who I am outside of that. I just know, no matter how big the situation is, it is not really going to define me... I put my identity in what Christ says, who He thinks I am and who I know that He says I am. Like I said, it really does not matter what people think of me or how good they think I play. That does not really matter. That has been a big thing for me, in my situation, just knowing that and having confidence in that.”

When Lawrence broke onto the scene last season, he was quickly compared to Sunshine – a character from the movie “Remember the Titans” who had long blond hair. Lawrence, however, told Tigernet.com that he preferred to be called Trevor instead of any type of nickname.

“It is OK. I used to have short hair back in the day, so it didn’t really start until I started growing my hair out. But, I’ve never really liked it. I just like being called Trevor. Every time I start school or have new classes I hear William, because Trevor is my middle name. So, I go into a new class and I hear, ‘William Lawrence.’ I am not used to that, so I have to tell everybody I am just Trevor. That’s the name I like best.”

Lawrence’s fan base grew in 2019 and one Clemson student, in particular, stood out because she looked similar to the quarterback. The two met during the season.

Lawrence’s performance in the national title game last year had many NFL pundits wondering whether the league should change its rules to allow players like Lawrence to go pro when they want.

To be eligible for the draft, players must have been out of high school for at least three years and must have used up their college eligibility before the start of the next college football season.

Lawrence is only in his second season, which means he would have one more year left of school before he officially could join the NFL.

There always would be the XFL, but there’s been no indication he would play in the rebooted football league