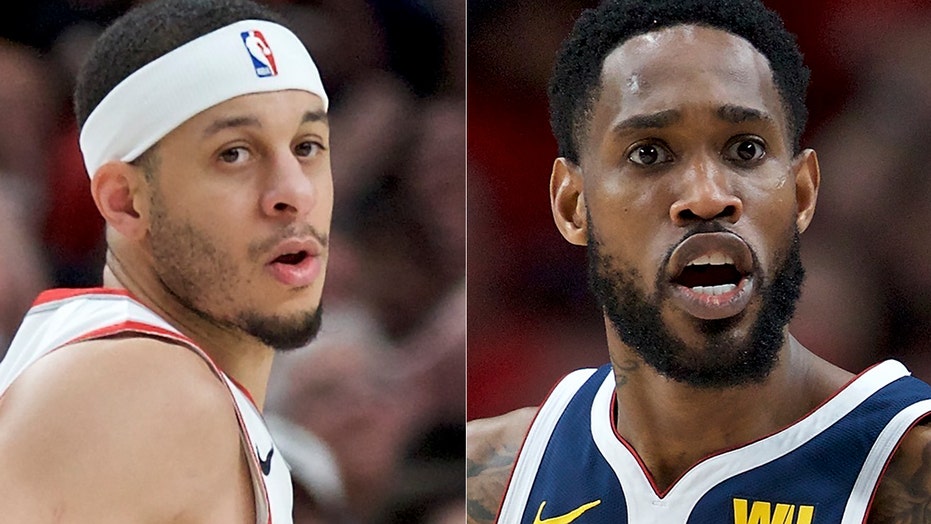 Portland Trail Blazers guard Seth Curry and Denver Nuggets forward Will Barton were involved in a heated shoving match in the fourth quarter of Game 6 of the Western Conference semifinals.

The two players confronted each other after Nuggets center Nikola Jokic was given a foul for charging into Trail Blazers forward Zach Collins.

As Barton seemed to get tangled up with a fallen Collins, he became involved in a shoving match with Curry. Tensions flared and the players had to be separated.

During the skirmish, Barton appeared to have poked Curry in the eye while Collins and Denver’s Torrey Craig were in a scuffle of their own.

Curry, the brother of Golden State Warriors star Stephen Curry, added that the incident was “sassy” and said the Nuggets have “a few sassy dudes over there.”

Barton said after the game he doesn’t think he’d be suspended for Saturday’s Game 7 and argued he was only defending himself from Collins who fell around him during the play.

“It ain't no beef,” he said, according to ESPN. “I wasn't even looking for that. I was just trying to protect myself. I guess he thought I was trying to stand on top of him and be tough. I was just trying to get out of the way before I got injured. He pushed me. I'm not going to let nobody push me. But that's nothing.”