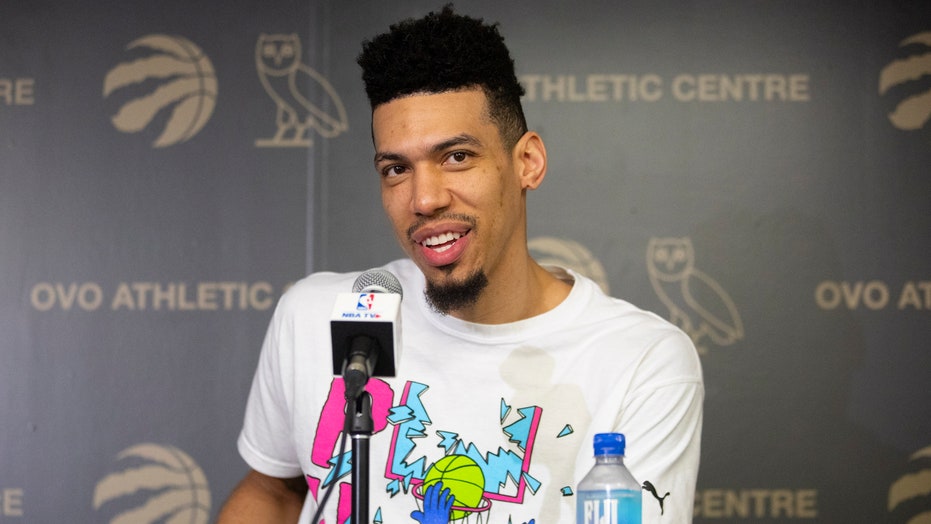 Fresh off his second NBA championship and first in Toronto Raptors history, Danny Green, 32, says the team will most likely not accept a White House invitation if offered one by President Trump.

He was asked by Harrison Sanford on Yahoo Sports' "Inside The Green Room" on Saturday about the chance his team would be visiting Trump at the White House.

"I just don't think that we accept," Green said. "And I try to respect everybody in every field that they do regardless of how crazy things are. But he makes it really hard. He makes it very, very tough to respect how he goes about things and does things. To put it politely, I think it's a hard no."

It isn't clear whether Trump would have sent an invitation in the first place. No NBA team has made an appearance at the White House since the Cleveland Cavaliers back in 2016.

Donald Trump was meeting with the Canadian Prime Minister Justin Trudeau on Thursday when reporters asked the president whether or not he would extend an invite to the Raptors.

ATTORNEY: DEPUTY IN CLASH WITH RAPTORS PRESIDENT HAS CONCUSSION IS ON MEDICAL LEAVE

Trudeau extended an invitation to the NBA champions for a visit to Parliament Hill and Raptors head coach Nick Nurse said details are being worked out. When reporters asked Nurse whether he would visit the White House, he responded "You know, we're here. Let's go see Trudeau up in Ottawa. We're Canada's team.

History between Trump and NBA White House invitations dates back to 2017, when Warriors star  Steph Curry said he wouldn’t attend the White House that year. After hearing that, Trump rescinded the offer. Green says he will wait and see if that same sequence of events happens again.

"I'm sure he's going to take his invite back now," Green said. "If we do decide, he's going to be like, 'Well, I didn't invite them anyway.' That's fine."