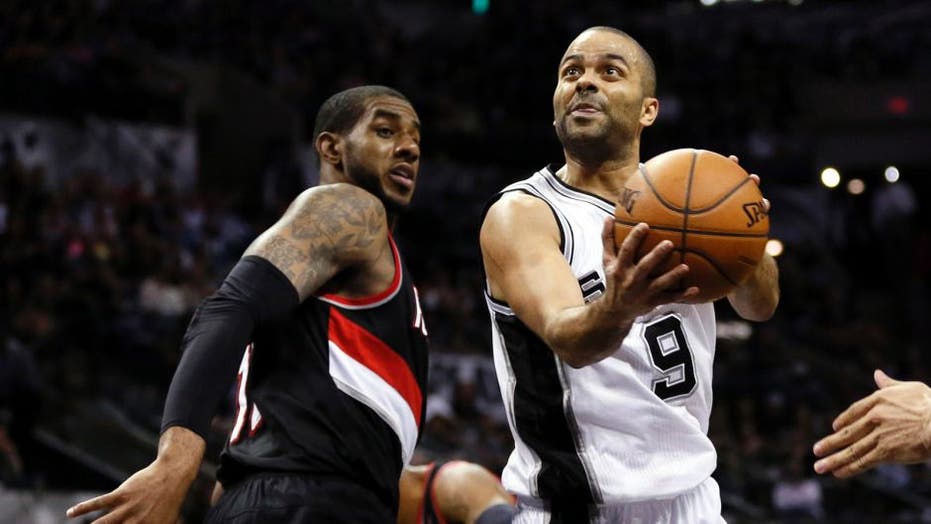 NBA great Tony Parker announced Monday he is retiring from basketball after 18 seasons spent between the San Antonio Spurs and Charlotte Hornets.

Parker made the announcement in an interview with The Undefeated. The 37-year-old French point guard won four NBA titles, was a six-time All-Star and was a four-time All-NBA selection.

“I'm going to retire,” he said. “I decided that I'm not going to play basketball anymore.”

He confirmed the news on Twitter, saying "it was an incredible journey."

"Even in my wildest dreams, I never thought I would live all those unbelievable moments with the NBA the French National Team," he wrote. "Thank you for everything!"

Parker, who is considered to be one of the best international players to ever play in the league, won the four NBA titles in an incredible run with the Spurs and teammates Tim Duncan and Manu Ginobili. In 2007, he made history becoming the first European player to win NBA Finals MVP.

“A lot of different stuff ultimately led me to this decision,” Parker told The Undefeated. “But, at the end of the day, I was like, if I can't be Tony Parker anymore and I can't play for a championship, I don't want to play basketball anymore.”

The next chapter for Parker includes spending time in France as the owner and president of ASVEL – a French men’s and women’s basketball club.

Parker played his final NBA season with the Hornets. In 56 games, he averaged 9.5 points and 3.7 assists.

Over the course of his career, Parker averaged 15.5 points and 5.6 assists.