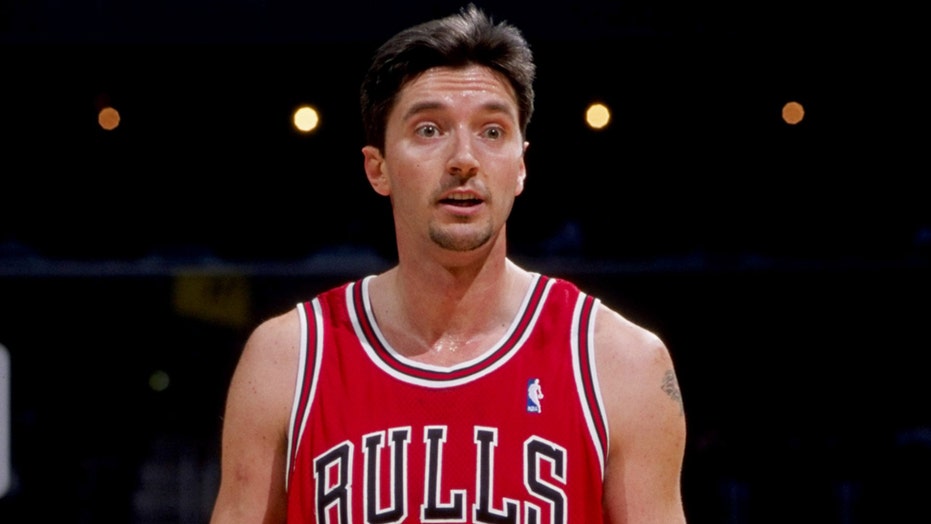 Toni Kukoc was a highly touted European basketball player who was drafted by the Chicago Bulls in the second round of the 1990 draft and joined the team prior to the start of the 1993-94 season.

Kukoc was a versatile player during his time in the NBA. He played most of his career with the Bulls but also played for the Philadelphia 76ers, Atlanta Hawks and Milwaukee Bucks.

Here are five more things to know about Kukoc.

Kukoc starred in Europe before coming to the NBA. (BRIAN BAHR/AFP via Getty Images)

Kukoc had been playing professionally in Europe since he was 17, helping the KK Jugoplastika to the top of the EuroLeague. He was the EuroLeague Final Four and MVP in 1990 and 1991. He also played for both the Yugoslavia and Croatia national teams before joining the Bulls.

2). RUNNING WITH THE BULLS

DENNIS RODMAN: 5 THINGS TO KNOW ABOUT THE FORMER BULLS STAR

3). RESENTMENT IN THE LOCKER ROOM

Kukoc was not liked in Chicago immediately. (BRIAN BAHR/AFP via Getty Images)

An ESPN report revealed some of the resentment Jordan and Pippen had against Kukoc because he was considered to be a Jerry Krause guy – who was also considered public enemy No. 1 between the players. Pippen reportedly tried to take jabs at Kukoc over his defense. Jud Buechler told ESPN that Kukoc was getting a hard time during the era.

Kukoc had nothing but nice things to say about his former teammates but conceded he would have averaged more points if he got a chance to handle the ball more.

“I truly believe if I went somewhere where I handled the ball more, I would have easily averaged 20 [points], 7 [rebounds], and 7 [assists],” he told ESPN. “But I would never, ever change my time with the Bulls for All-Star Games or anything. If people say my numbers aren't enough for the Hall of Fame, I'm fine with that. Every player would give up anything to be a part of those teams. It was the best time of my career.”

Kukoc was involved in a critical moment during the 1994 NBA Playoffs against the New York Knicks. Phil Jackson drew up a last-second play for Kukoc, causing an irate Scottie Pippen to sit the last seconds of Game 3 during the Eastern Conference Semifinals.

Recalling the moment to ESPN, Kukoc said he wasn’t mad at Pippen for his outburst.

“It's just something that happened. Everyone has an ego. Even someone that doesn't play one minute has an ego. I don't take anything away from [Pippen] for that.”

SCOTTIE PIPPEN: 5 THINGS TO KNOW ABOUT THE FORMER BULLS STAR

Kukoc’s success in the NBA paved the way for some of the other European stars to thrive in the NBA like Dirk Nowitzki, Manu Ginobili, and Tony Parker. Current Dallas Mavericks star Luka Doncic has also received comparisons to Kukoc.

Vlade Divac had even praised Kukoc for his impact.

“Back then it was very difficult for we Europeans to prove to everyone we could play,” Divac told NBA.com in January 2020. “Now almost half the league are internationals. We had to fight for our time, for the way we played. But if you look at how basketball has evolved, it's more the game that suits us now, passing, transition, shooting. Which is why Toni is one of the most important people who changed the game.”