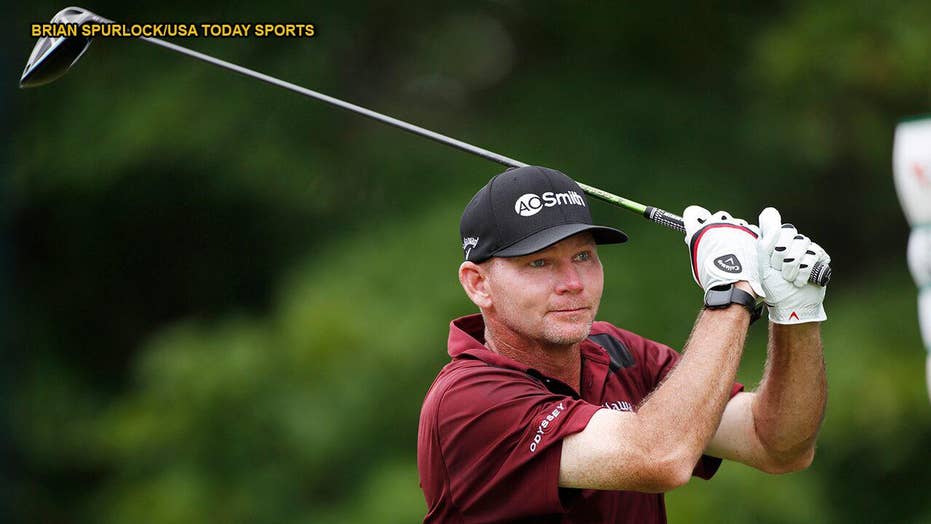 Tommy “Two Gloves” Gainey, 44, was among the 124 arrested as part of the investigation, according to the Polk County Sheriff’s Office. Authorities said Gainey was arrested for soliciting a prostitute and is facing a first-degree misdemeanor solicitation charge.

PATRICK REED DEFENDS HIMSELF IN CHEATING CONTROVERSY AHEAD OF PRESIDENTS CUP

Gainey was released from jail Monday after posting bail, according to TMZ Sports.

“He's married. He told us he was here for a charity golf event and it was supposed to be in the next morning tee off. He didn't make it. He was a scratch,” Judd said during a news conference. “We charged him with soliciting. He missed his tee time the next morning.”

Gainey turned pro in 1997 and joined the PGA Tour in 2008. He rose to popularity because he wore golf gloves on both hands and had a unique swing.

The South Carolina native has one PGA Tour victory, winning the McGladrey Classic in 2012.

He’s played in 200 PGA Tour events and earned more than $5.6 million, according to the tour’s website.