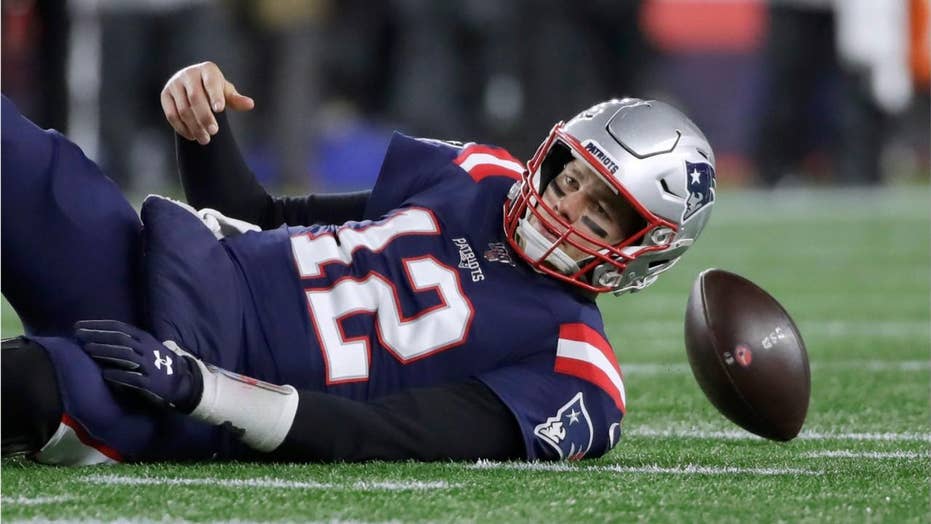 Six-time Superbowl Champion Tom Brady and the New England Patriots were booed off the field by their own fans during a tumultuous game with the Kansas City Chiefs.

The New England Patriots were booed off their home field Sunday as they headed off for halftime down 13 to the Kansas City Chiefs, reports said.

Despite a comeback bid in the second half, the Pats fell 23-16.

“You hear cheers, you hear boos, that’s part of being in sports,” Tom Brady told reporters following the game.

New England Patriots quarterback Tom Brady lands on the turf after being sacked by Kansas City Chiefs defensive end Chris Jones in the second half of an NFL football game, Sunday, Dec. 8, 2019, in Foxborough, Mass.  (AP)

The booing was a rare sight, given the Patriots’ dominance over the past two decades with Bill Belichick and Tom Brady leading the team to six Super Bowl titles since 2001, including one last season.

But the now- 10-3 Pats have struggled in recent weeks as their schedule has become more challenging. Brady hasn’t looked like himself, and the offense has spiraled in two straight losses to the Texans and Chiefs.

Brady was 10 of 19 for 101 yards with a touchdown and interception when the booing began. He also led a 55-yard drive that ended in a blocked field goal, likely piling on to fans’ frustrations.

Brady, whose future in New England is unclear, finished 19 of 36, and did not throw another touchdown or interception in the second half.