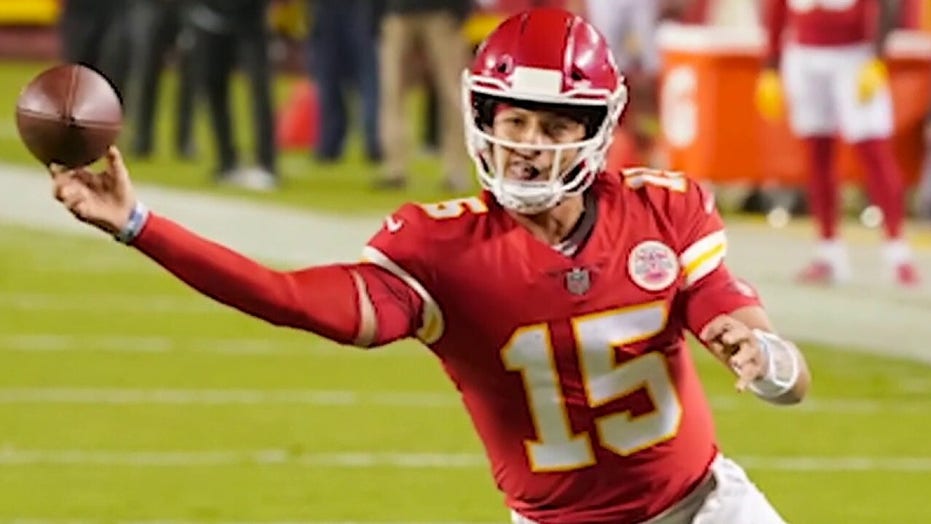 Tom Brady on Sunday will start his journey seeking a seventh Super Bowl title, following in the footsteps of Peyton Manning, who is the only starting quarterback to win a ring with two teams.

Brady joined a list of quarterbacks who switched teams in the twilight of their careers when he left the New England Patriots for the Tampa Bay Buccaneers. There have been plenty of Hall of Fame quarterbacks who have moved, but none had the same success as Manning.

Brady, 43, threw for 4,057 passing yards and 24 touchdown passes. New England was 12-4 but was eliminated in the first round by the Tennessee Titans. The last impression Brady left with the Patriots was a Pick Six tossed to Logan Ryan.

His fate with the Buccaneers is undetermined at this point. But he has the weapons around him to have some success almost immediately.

Read below for a list of Hall of Fame quarterbacks who changed teams during the end of their careers.

Peyton Manning #18 of the Denver Broncos walks off the field after defeating the New England Patriots in the AFC Championship game at Sports Authority Field at Mile High on January 24, 2016 in Denver, Colorado. The Broncos defeated the Patriots 20-18. (Photo by Justin Edmonds/Getty Images)

Peyton Manning had a stellar career with the Indianapolis Colts. He was with the Colts for 13 years and missed one season because of a neck injury. He helped the Colts to a Super Bowl XLI victory but left the team in 2012 and joined the Denver Broncos. While his final season in Denver wasn’t great, the Broncos still managed to get to Super Bowl 50 and win. It was the second title of his career.

Quarterback Joe Montana #19 of the Kansas City Chiefs drops back to pass against the Pittsburgh Steelers in the 1993 AFC Wild Card Game at Arrowhead Stadium on January 8, 1994 in Kansas City, Missouri. The Chiefs defeated the Steelers 27-24 in overtime. (Photo by Joseph Patronite/Getty Images)

Joe Montana led the San Francisco 49ers to four Super Bowl titles between 1979 and 1992 and is widely considered to be the greatest quarterback of all time. However, as the Niners moved on from Montana before the 1993 season, the Hall of Fame quarterback wasn’t finished. He joined the Kansas City Chiefs and managed to play 25 games and finish 2-2 in the playoffs with them. He retired after the 1994 season.

Quarterback Joe Namath #12 of the Los Angeles Rams, drops back to pass against the Atlanta Falcons during an NFL football game December 11, 1977 at the Los Angeles Memorial Coliseum in Los Angeles, California. Namath played for the Rams in 1977. (Photo by Focus on Sport/Getty Images)

Joe Namath is mostly known for guaranteeing the New York Jets would defeat the Baltimore Colts in Super Bowl III. The Jets somehow pulled off the unthinkable which helped make Namath’s case better for his future Hall of Fame induction. But at the end of his career, he found himself with the Los Angeles Rams. He appeared in four games with the Rams in 1977 and won two of them. However, Pat Haden would be the primary starter and Namath would retire.

Quarterback Johnny Unitas #19 of the San Diego Charger scrambles away from defensive end Jack Youngblood #85 of the Los Angeles Rams circar 1973 during an NFL football game at Jack Murphy Stadium in San Diego, California. Unitas played for the Chargers in 1973. (Photo by Focus on Sport/Getty Images)

When you think of Johnny Unitas, his legendary career with the Baltimore Colts comes to mind. He played for the Colts from 1956 to 1972 and won one Super Bowl and three NFL championships. In 1973, he took his final shot with the San Diego Chargers. The team finished 2-11-1 and Unitas had 471 passing yards and three touchdown passes. The team as a whole only had nine touchdown passes. Dan Fouts, who was a rookie that season, had six of the TD passes. Unitas retired after the season.

Minnesota Vikings quarterback Brett Favre, center, is helped onto a cart to be taken off the field after a hit from New England Patriots' linebacker. (AP)

Brett Favre was a gun-slinging quarterback no matter where he went. He would play 16 seasons for the Green Bay Packers after he was traded to them from the Atlanta Falcons before the 1992 season. Favre let the Packers after the 2007 and played for the New York Jets for a season and two more seasons with the Minnesota Vikings. He would win one Super Bowl with the Packers and nearly make another one while with the Vikings.

Norm Van Brocklin was a quarterback for the Los Angeles Rams from 1949 to 1957. “The Dutchman” retired after the 1957 season after six Pro Bowl appearances but six months later he came back to the football field for the Philadelphia Eagles. He would put together three more Pro Bowl seasons and was named an All-Pro in his final season – 1960. He won two NFL titles – one with the Rams and the other with the Eagles.

Despite only playing four seasons with the New York Giants, Y.A. Tittle is considered to be one of the greatest quarterbacks in the franchise. But before he joined the Giants in 1961, he played for the Baltimore Colts and San Francisco 49ers. He was a four-time Pro Bowler with the 49ers between 1951 and 1960. He finished his career with seven Pro Bowl selections and three All-Pros. He won the MVP award in 1963.

George Blanda was an everyman in the NFL. He could throw, kick and punt and played in the league until he was 48. He started his career with the Chicago Bears in 1949, played for the Baltimore Colts in 1950 but then played with the Bears again from 1951 to 1958. He retired in 1959 but was back in 1960 with the Houston Oilers until 1966 when he joined the Oakland Raiders. He won three AFL Championships during his career.

No matter where Fran Tarkenton played during his career he had success. He had two stints with the Minnesota Vikings and another with the New York Giants. However, he finished his career without an NFL championship or Super Bowl ring. He had nine Pro Bowl selections and an MVP.

Moon played for four NFL teams over 17 seasons. He is seen here playing for the Seattle Seahawks in 1998. (REUTERS)

Warren Moon was a nine-time Pro Bowler and won the 1990 Offensive Rookie of the Year. He had Pro Bowl seasons with the Houston Oilers, Minnesota Vikings and Seattle Seahawks during his long career. Though Moon never appeared in the Super Bowl, he managed to throw for 49,325 yards and 291 touchdowns.

Kurt Warner was a Super Bowl champion with the St. Louis Rams and led the “Greatest Show on Turf” during the late 1990s and early 2000s. While it may have seemed like his career with over when he with the New York Giants and lost his job to Eli Manning, he experienced a resurgence with the Arizona Cardinals between 2005 and 2009. He led the Cardinals to Super Bowl XLIII only to lose to the Pittsburgh Steelers by four points.