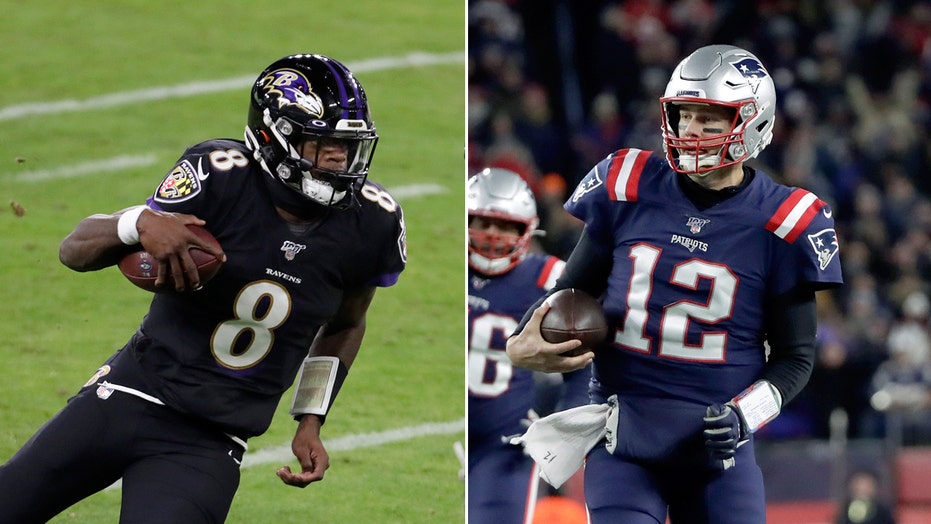 Baltimore Ravens' Lamar Jackson is having a season for the ages, breaking Michael Vick’s single-season record for rushing yards Thursday night. But legendary quarterback Tom Brady thinks he can take him in a foot race -- with a little help.

The New England Patriots quarterback took to Twitter to challenge the 22-year-old not long after he broke the record in a blowout game against the New York Jets.

“Me vs Lamar, 40 Yard Dash on natural grass but he has to wear rollerblades. Who’s buying the PPV (pay per view)?”

Jackson ran for 86 yards on eight carries to break Vick's 2006 single-season record for a quarterback of 1,039 yards. Jackson, who has only started 21 professional games, has 1,108 yards rushing this season.

He led the Ravens to a 42-21 victory, throwing for five touchdowns and completing 15 of 23 passes for 212 yards. With the win, the Ravens clinched the AFC North division title.

The Patriots are coming off a loss against the Kansas City Chiefs and are set to take on the Cincinnati Bengals Sunday at 1 p.m.