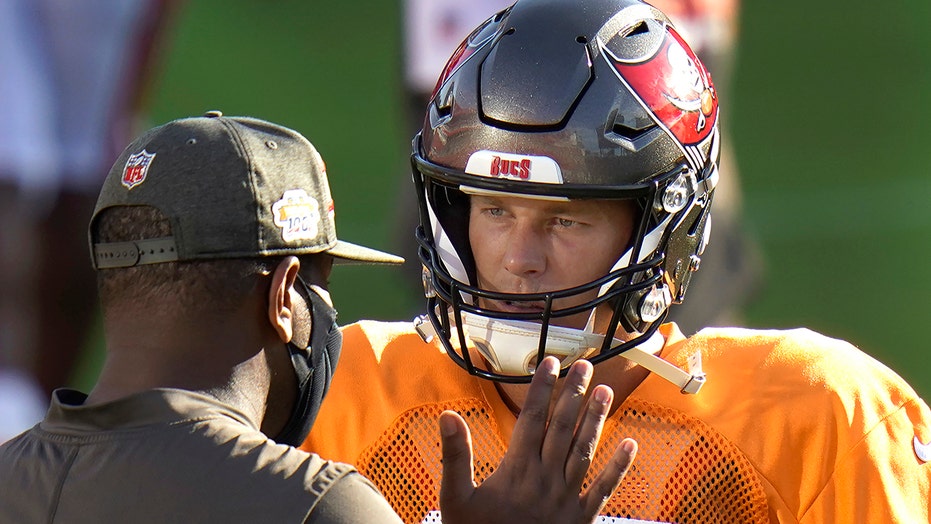 Tom Brady was thrust into the Tampa Bay Buccaneers "no risk it, no biscuit" system in the offseason without any true training camp to get going, but almost a year later and he’s nearly back in the Super Bowl.

Buccaneers offensive coordinator Byron Leftwich explained to reporters Thursday the difficulty of having someone like Brady come onto the team and basically learn as he went on.

"It wasn’t just Tom learning the guys, it was the guys learning where Tom is going to put the ball, how he’s going to see a certain play. All that just took a little time," the former NFL quarterback said.

"The key for us was to just win games during the process. This league is about winning, don’t be fooled. Week in and week out there will be different storylines, but we understand being in this game as long as we’ve been in it ... it’s about winning football games."

Leftwich said what really helped is that the two are similar in age at 40-plus. Leftwich entered the league about four seasons after Brady did. The Jacksonville Jaguars selected Leftwich with the No. 7 pick of the 2003 draft. He then played for the Buccaneers, Atlanta Falcons and Pittsburgh Steelers.

"I think what helps is we’re around the same age. We like the same type of things, we see life kind of the same. ... We just clicked from the time that we had an opportunity to work with each other," Leftwich said. "I have a lot of respect for Tom ... and I think it’s the other way, too. We just work our butts off every day trying to put our team in the best position to win football games."