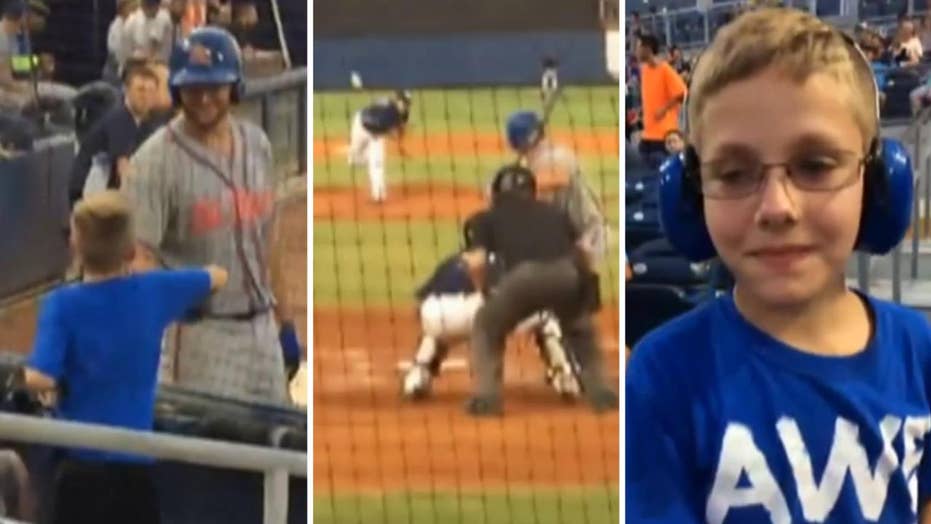 Tim Tebow stopped warming up before his at-bat to shake an autistic boy’s hand and followed it up with a monster three-run home run, a new heartwarming video showed.

Tebow, who plays for the St. Lucie Mets, a minor league baseball team affiliated with the New York Mets, was about to take his at-bat on July 29 until a young boy, Seth Bosch - 9 at the time - approached him for a handshake. Tebow stopped and shook Bosch’s hand through the net.

Bosch has high-functioning autism and also suffers from neurofibromatosis according to the Tampa Bay Times. The boy has a difficult time participating in sports.

"When Seth came back to his seat, he was crying," Ileanna Bosch, Seth’s mother, told the newspaper. "And then Tim hit the homer. I started crying, too. How does that happen? I think God brought Seth and Tim together."

Tebow’s three-run homer lifted the St. Lucie Mets to a 10-3 victory over the Charlotte Stone Crabs.