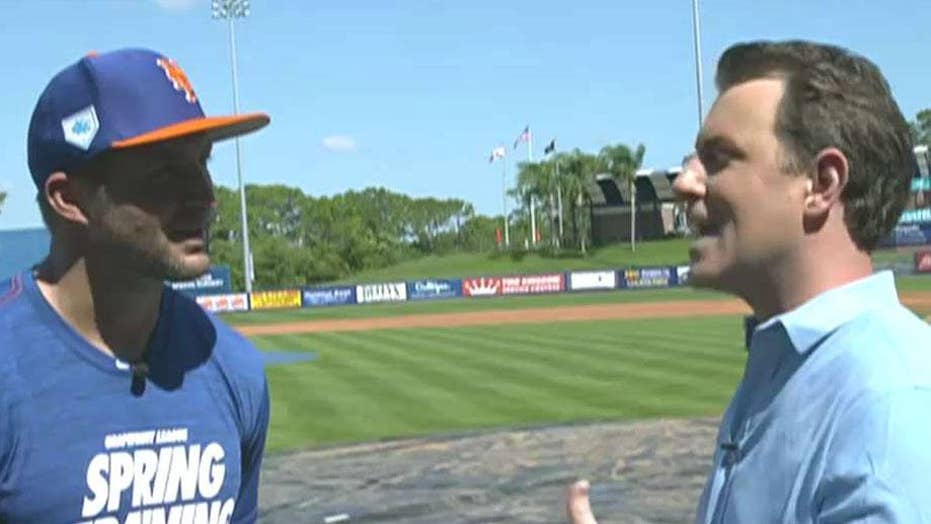 The last two seasons had been derailed by injuries but his inability to make the team’s major league roster appeared to have put the organization’s experiment with the two-sport athlete in question.

However, Mets general manager Brodie Van Wagenen expects Tebow to start spring training on time in 2020, according to the New York Post.

Last season, a finger laceration caused him to be shut down in the last month of the Triple-A season. In 2018, he broke a hamate bone in his right hand.

“I think the hamate injury from 2018 stopped some of his momentum,” Van Wagenen said. “Then his offseason was impacted last year and he just got off to a slow start and then had another injury that prevented him from finishing strongly.”

KAPLER SAYS HE DIDN’T DO ENOUGH FOR ALLEGED ASSAULT VICTIM

“He’s committed to becoming a major league baseball player. It’s a lot of hard work and dedication,” Syracuse manager Tony DeFrancesco said in August, according to Syracuse.com. “Tim definitely put the time in. Now, we’ve just got to see some results and some performance.

"I’ve been around a lot of players you thought had no chance and they were playing in the major leagues for years. Tim is just another player trying to grind it out. If he figures out his swing, and there’s definitely power in there, he shows it during batting practice. Now we’ve just got to bring it to the game.”