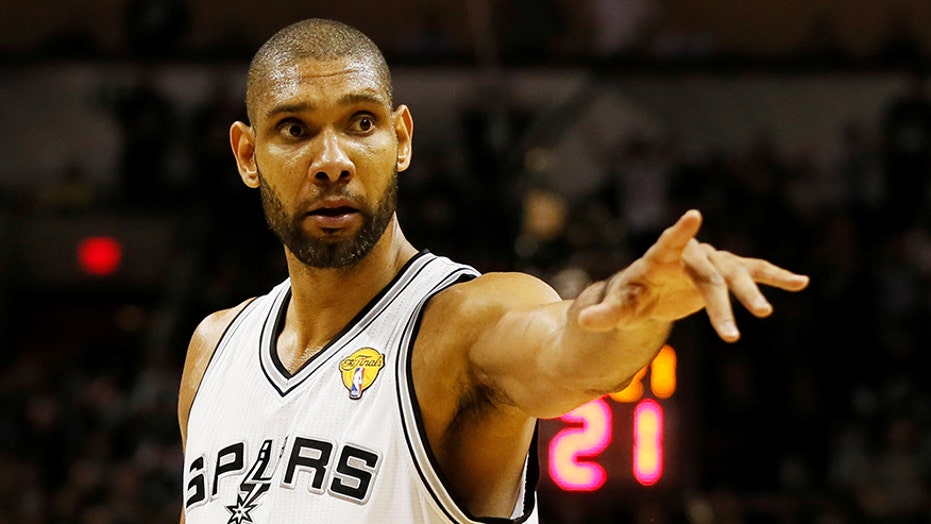 Bloomberg under scrutiny ahead of first debate

Michael Bloomberg is under scrutiny ahead of his first Democratic debate in Las Vegas despite his surge in polls.

Tim Duncan played 19 seasons for the San Antonio Spurs and won five NBA championships, all the while never making headlines for anything he did off the court.

On Wednesday, Duncan uncharacteristically put himself into the political spotlight endorsing Democrat Michael Bloomberg for president. His endorsement came in a campaign ad.

He said in the clip that he was supporting Bloomberg because of his work in the U.S. Virgin Islands after it was battered by hurricanes in 2017.

“It was widespread destruction. Food and water were running low. The people of the Islands needed help. Mike and his team among many others acted fast to aid and feeding, clothing and getting people to safety.

“And in this, Mike Bloomberg showed his true compassion for helping those in need,” Duncan said.

Current and former NBA stars and coaches are not one to shy away from the political spotlight. But Duncan has become the first to outright support a candidate.

Bloomberg is set to appear in his first debate Wednesday.

LeBron James, one of the most prominent NBA figures, has yet to throw his support behind a candidate. He supported Hillary Clinton in 2016 and Beto O’Rourke for Senate in 2018. Greg Popovich also supported O’Rourke in 2018.