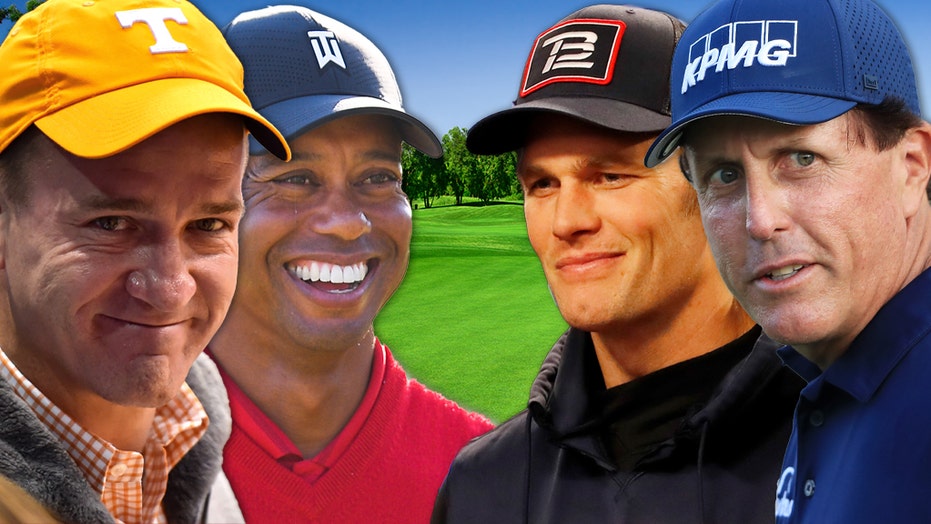 Tiger Woods and Phil Mickelson will square off in another golf match, but this time two football legends will be sprinkled into the mix.

Woods will pair up with legendary Colts quarterback Peyton Manning, and Mickelson will team up with new Tampa Bay Buccaneers quarterback and former New England Patriot Tom Brady in a golf match planned for May that will benefit coronavirus relief, according to Turner Sports.

"The Match: Champions for Charity" will air live on TNT at an undisclosed location without any spectators.

Mickelson tweeted: "After feeling the sting of defeat the first time around, Looks like @TigerWoods is bringing a ringer to The Match (#PeytonManning)." Mickelson said he's bringing Brady, using a G.O.A.T. emoji.

A date and location have not been confirmed, but according to a report by ESPN, it is expected to be held in Florida. Event organizers are working with state and local government and public health officials to make sure that the event will follow proper protocols, Turner Sports said.

"There [were] talks about doing it all along anyway," Manning told 104.3 The Fan in Denver on Wednesday. "And now, to have a chance to have a major fundraising event for COVID-19 relief, almost like a telethon if you will ... If that can take place, I'm all in for that."

The PGA Tour would need to approve an event when its players participate that is televised or streamed. It has yet to agree, but it "is still working to ensure health and safety concerns, among other things," according to Turner Sports.

"I wish I could say more, other than four Hall of Famers competing and creating tremendous value and awareness to help others in need for this all-in charity event,'' Mickelson’s agent Steve Loy told ESPN.

Two years ago, Woods and Mickelson played "The Match,'' a ''winner-take-all'' 18-hole event in Las Vegas on the day after Thanksgiving. The event, which was supposed to be streamed, had technical issues. Mickelson won the $9 million prize.