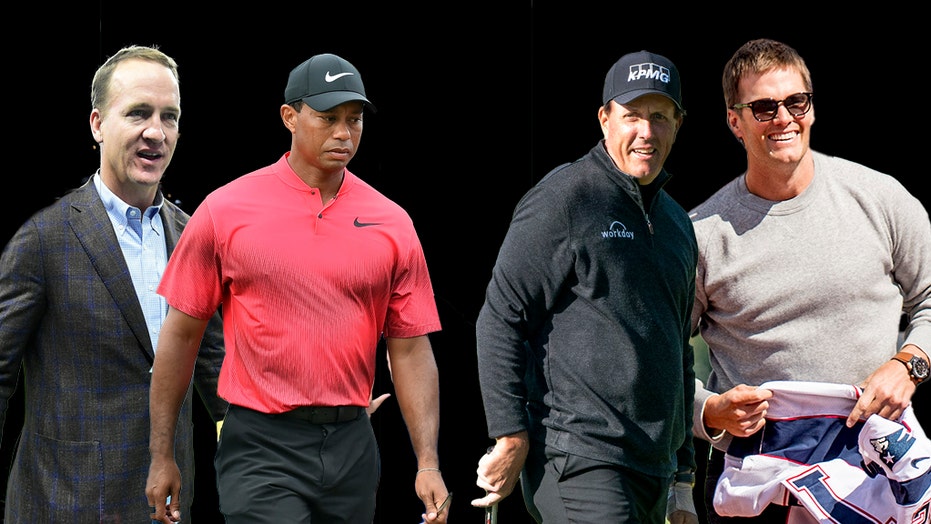 Tiger Woods took a shot at John Daly over the golfer’s use of a cart at the PGA Championship. It’s been over 5 years since a golfer has used a cart in a major championship tournament.

“The Match: Champions for Charity,” will tee off at 3 p.m. ET from Medalist Golf Club in Hobe Sound, Fla. The event will be shown on TNT and TBS, and all of the money will go toward the fight against the coronavirus pandemic.

The four legends sat down in a trash-talking interview with TNT’s Ernie Johnson on Thursday.

Two years ago, Woods and Mickelson played "The Match,'' a ''winner-take-all'' 18-hole event in Las Vegas the day after Thanksgiving. The event, which was supposed to be streamed, had technical issues. Mickelson won the $9 million prize.

“This is the trophy for the match,” Mickelson said to Woods while pointing to the trophy he won during their matchup last year. “I don’t know if you know what this looks like. You might have caught a glimpse, but that’s actually what the trophy looks like, had you have won.”

Woods responded by bringing out his green jacket from his latest Masters victory.