Tiger Woods, the famous golfer, is no longer the target of a pending wrongful-death lawsuit stemming from the death of a bartender at his Florida restaurant who reportedly had a blood alcohol content of about 0.28 when he fatally crashed his car last December on his way home from work.

Barry Postman, Woods' attorney, said in a statement obtained by Fox News that the decision by Nicholas Immesberger’s parents to drop Woods from the suit was “clearly appropriate.”

“While the situation was tragic, the facts will ultimately show that the cause of Mr. Immesberger’s car accident were the many decisions made by Mr. Immesberger on the night of his passing,” the statement read.

The lawsuit filed in Palm Beach County last month alleged that before the crash, Immesberger, a bartender at The Woods in Jupiter, Fla., was over-served for about three hours after his shift at the restaurant was over.

Woods is an investor in the restaurant. His girlfriend, Erica Herman, the general manager, is still named in the suit, along with the restaurant, The Washington Post reported.

The amdended suit claims that Herman recruited Immesberger as a bartender there despite knowing he was an alcoholic. It alleges restaurant employees, managers and owners let Immesberger drive after being over-served alcohol. 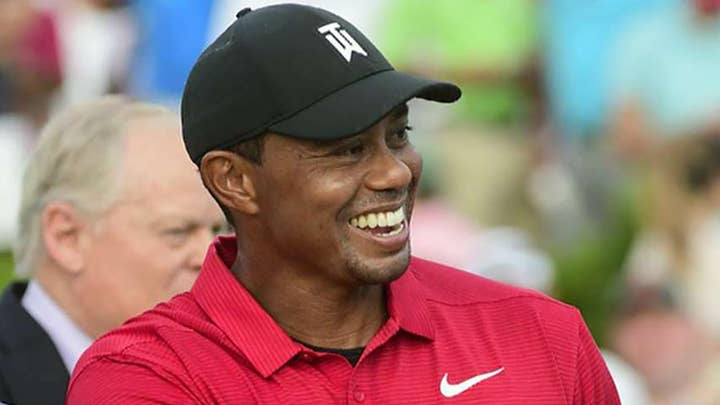 The initial lawsuit claimed, “Tiger knew, or reasonably should have known, that Immesberger was habitually addicted to the use of any or all alcoholic beverages, and/or was a habitual drunkard.”