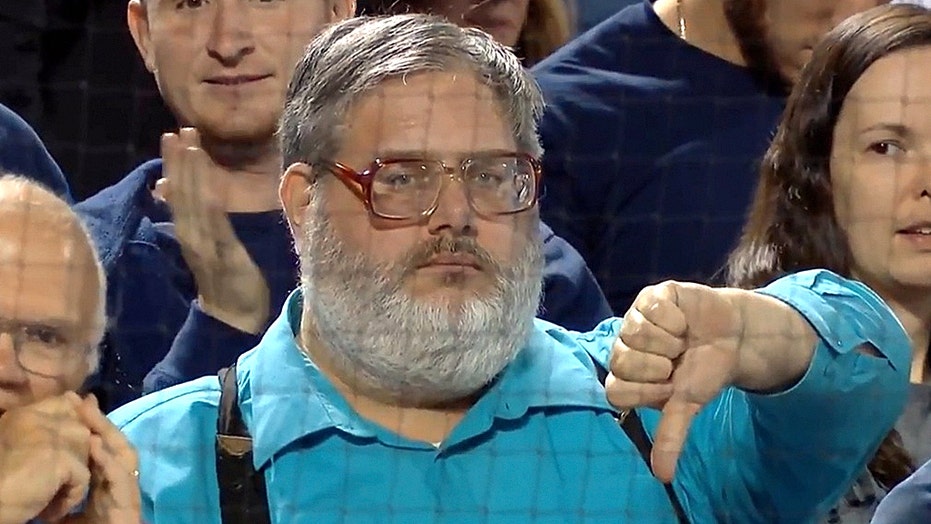 A baseball fan who went viral for giving a thumbs down after a play during a game between the New York Yankees and Tampa Bay Rays in 2017 is now asking for help to pay for medical bills.

Gary Dunaier, 56, expressed his displeasure when then-Yankees slugger Todd Frazier hit a home run against the Rays. He told USA Today on Wednesday he was near death when a varicose vein burst in his leg on June 6.

“I live alone and was able to get to the phone and call 911,” he told USA Today. “The next thing I knew, I found myself lying on the floor and blood was pouring over the floor. I couldn’t get to the door to unlock it, so the rescue crew must have broken down the door to get in. I heard things falling onto the floor.”

Daunaier said doctors told him a liter of blood had left his body. He added: “I came really close to dying.”

Gary Dunaier became 'Thumbs Down Guy' during the 2017 season. (MLB)

He launched a GoFundMe to help cover his medical expenses from his five-day hospital stay. He said he incurred about $30,000 of debt after the entire procedure.

ALEX RODRIGUEZ ON POSSIBILITY OF RUNNING FOR OFFICE: 'THAT'S A GOOD QUESTION'

“My gesture immediately became a meme, which is still used all over the world to this day,” Dunaier wrote on the fundraising page. “The Yankees saw it and adopted my thumbs-down as a rally cry, running with it all the way to within one game of the World Series. Fans still come up to me at ballgames and ask for selfies … To this day, I’ve never been able to grasp how big Thumbs Down is and what it means to people … But now I need your help.”

“It's been said that I’m one of the few things fans of both New York baseball teams can agree on,” the page says. “The Met fans like Thumbs Down Guy because I stood alone in a sea of Yankee fans and showed my loyalty to the orange and blue; the Yankee fans like Thumbs Down Guy because I inadvertently gave them a new rally cry, and because I've been a good sport about being made their unofficial mascot.

“Now, I'm down on my thumbs-- er, I mean, knees - hoping Met fans and Yankee fans will unite and help me in my hour of need.”