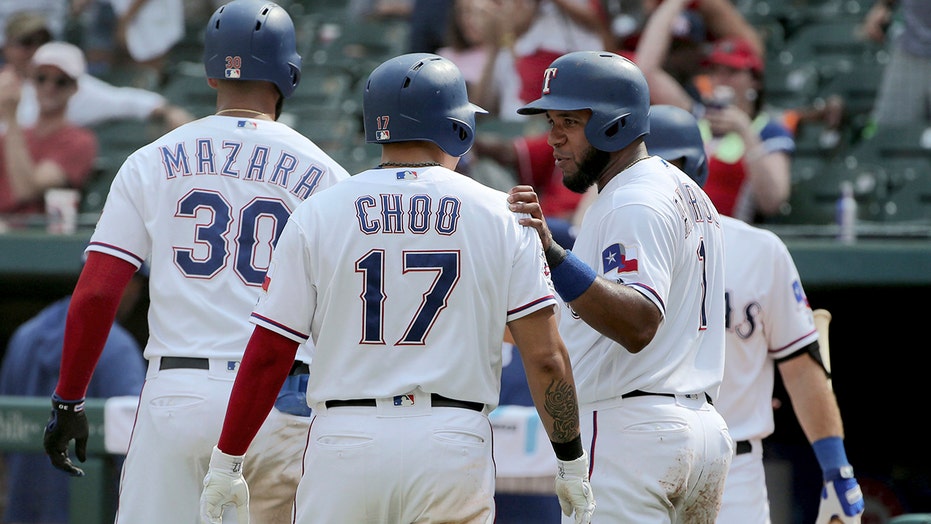 One Texas Rangers fan’s incredible catch Sunday during the team’s game against the Detroit Tigers spelled trouble for the others sitting around him.

The fan used a souvenir baseball helmet filled with nachos to make the play on a ball hit toward him in foul territory at Globe Life Park in Arlington.

The grab, naturally, was a huge problem for about four people sitting in front of the fan -- as they were all doused with nachos and cheese.

As the fan celebrated the catch, the other people sitting around him were clearly upset to be on the receiving end of the mess that whole incident created.

It doesn’t appear anyone was hurt, but what a waste of some nachos.