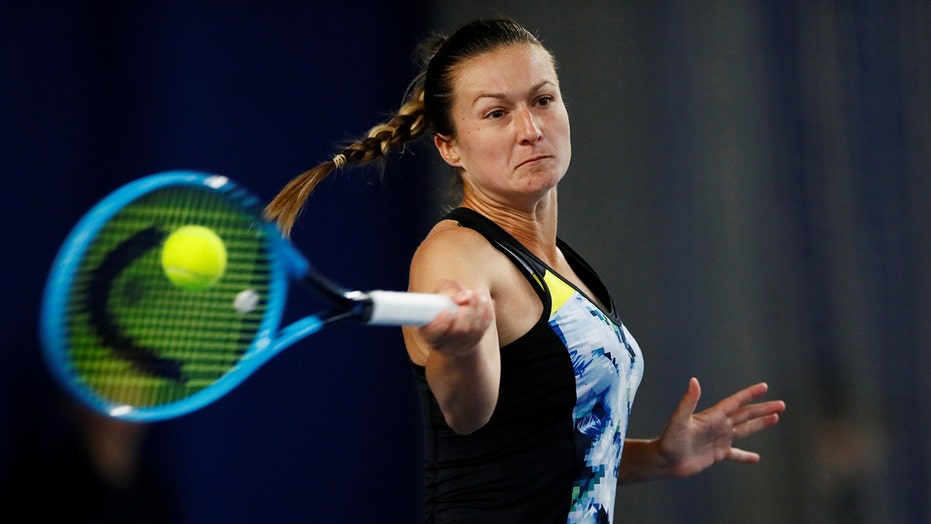 A Slovenian tennis player attempting to get into the Australian Open was forced to retire from her qualifying match after suffering a coughing fit due to the raging wildfires plaguing the country.

Dalila Jakupovic, 28, dropped to her knees during her qualifying match against Stefanie Vogele in the middle of the second set Tuesday. She appeared to struggle while gasping for air.

KERBER OUT OF ADELAIDE INTERNATIONAL WITH LOWER BACK INJURY

“I was really scared that I would collapse,” Jakupovic told Australian Associated Press. “I don't have asthma and never had breathing problems. I actually like heat. The physio came again and I thought it would be better. But the points were a bit longer and I just couldn't breathe anymore and I just fell on the floor.”

Jakupovic said it was “not fair” that officials asked players to take the court in those conditions.

“It's not healthy for us. I was surprised, I thought we would not be playing today but we don't have much choice.”

Australia’s Environmental Protection Authority said the air quality in the state was deemed “hazardous” and officials were advising people to stay away from the smoke.

An exhibition match in Melbourne between Maria Sharapova and Laura Siegemund was also called off in the second set.