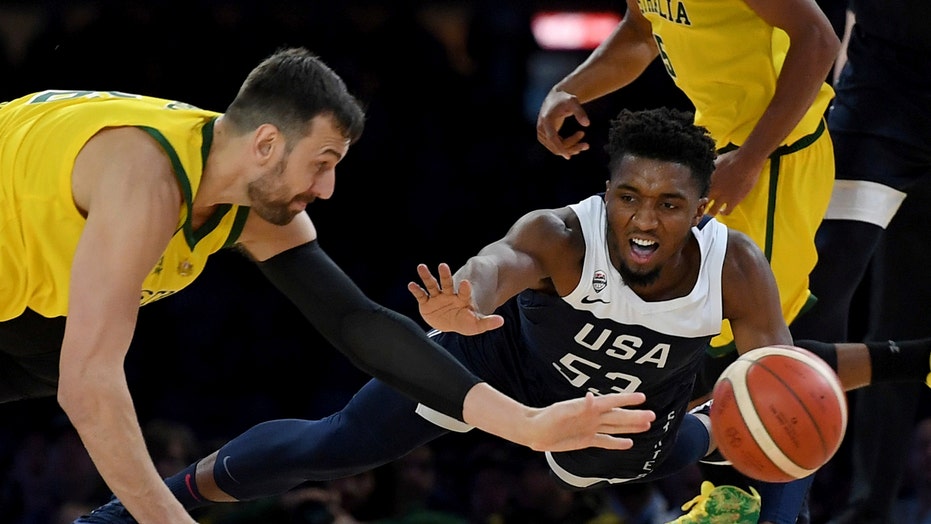 The United States' nearly 13-year dominance in the international men's basketball came to a shocking crash Saturday when Team USA suffering its first defeat since 2006 at the hands of Australia.

The Aussies rallied to pull off the 98-94 upset in front of 52,000 people during a World Cup exhibition game at Marvel Stadium in Melbourne - snapping the American men's 78-game win streak in major international tournaments and exhibitions. It was the first time the Australians had ever beaten the Americans.

The U.S. is currently No.1 in the International Basketball Federation (FIBA) rankings, but because many of the top NBA stars have opted out of playing this summer - including LeBron James, James Harden, and Steph Curry - they're not as strong as earlier years.

The last time the Americans — counting major international tournaments and exhibitions with NBA players on the floor — lost a game was the semifinals of the 2006 world championships. The program has won gold in every competition since, including three straight in the Olympics and two consecutive World Cup titles.

"Some of it is expected with a new group that's trying to learn about each other and learn a system," U.S. coach Gregg Popovich told reporters after the game. "So it's not surprising. But the Aussies gave us a great lesson as far as where we want to be and how you have to play in this kind of competition."

He added: "Nobody wins forever."

United States Derrick White walks off the court with a head injury during their exhibition basketball game against Australia in Melbourne, Saturday, Aug. 24, 2019. (AP Photo/Andy Brownbill)

The loss occurred two days after Team USA beat that same Australian team 102-86 on Thursday. They also defeated Spain, who have the fourth-best odds to win the tournament, 90-81 last week.

Patty Mills, who scored the last 10 points for Australia, plays for Popovich with the San Antonio Spurs and was the leading scorer for Australia with 30 points. Utah Jazz player Joe Ingles scored 15 points and seven assists.

"It was awesome," Mills said following the upset.

Kemba Walker led the American squad with 22 points and after the game, he felt the loss would be a good teaching tool going forward.

"They wanted it more than us tonight," Walker said. "Lesson learned for us."

Even with the loss, the Americans are still the favorite going into the 2019 FIBA  Basketball World Cup in China, however, the loss to a lackluster Australian team suggests a gold medal isn't a lock compared to previous years.

The final exhibition for the Americans is Monday against Canada in Sydney. Once the U.S. gets to Shanghai, its first three World Cup games shouldn't be overly taxing —  group opponents Turkey, the Czech Republic, and Japan are ranked 17th, 24th, and 48th, respectively.