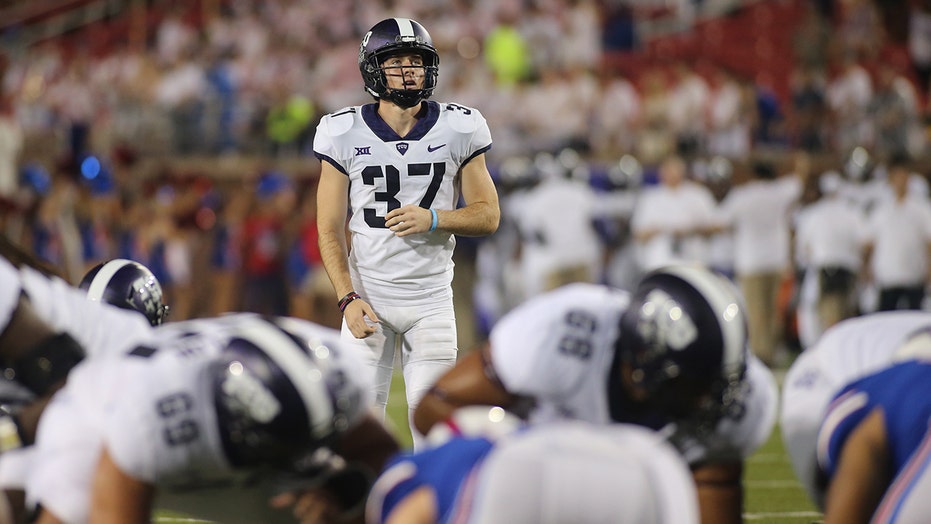 TCU kicker Cole Bunce’s 2019 season is in jeopardy before a game has even been played.

Bunce, a senior, was hit by a car while riding a scooter to the Horned Frogs’ first day of camp Thursday, head coach Gary Patterson told reporters, according to the Fort Worth Star-Telegram.

Bunce is out indefinitely but the injuries he suffered could cost him the season, Patterson said. Bunce was likely going to be TCU’s starting kicker.

KANSAS FOOTBALL PLAYER'S DEATH DURING PRACTICE WAS AN ACT OF GOD, COACH CLAIMS

Bunce was hit about a half-mile from the team’s stadium when he was hit and police cited the driver of the vehicle with failure to yield, ESPN reported, citing a police report.

Bunce reportedly underwent emergency surgery but details about the operations were not released.

The 20-year-old was 4-for-9 on field-goal attempts last season and 12-for-12 on extra-point attempts.

TCU starts their season at home Aug. 31 against Arkansas Pine-Bluff.