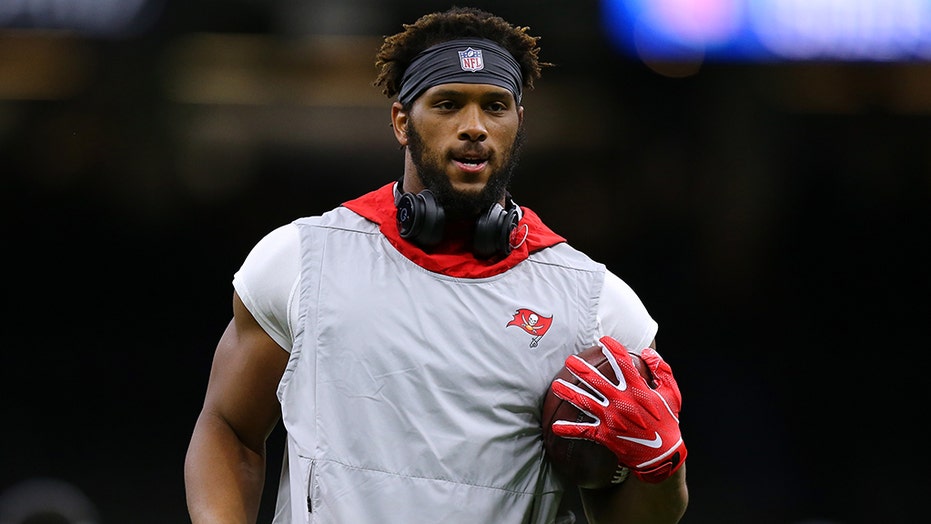 Tampa Bay Buccaneers tight end O.J. Howard showed Tuesday he doesn't just catch footballs when he made a highlight-reel snag of a foul ball during an American League Division Series game between the Tampa Bay Rays and Houston Astros.

Howard was taking in Game 4 at Tropicana Field when Rays batter Austin Meadows pulled a ball foul in the bottom of the eighth inning.

Howard, decked out in a Nike sweatshirt, made the impressive grab and got the crowd around him hyped up as he celebrated the catch.

The third-year pro told The Athletic afterward he was a bit wary about going for the ball because he didn’t want to get injured.

The Rays won the game to send the series into a deciding Game 5.

O.J. Howard #80 of the Tampa Bay Buccaneers warms up before a game against the New Orleans Saints at the Mercedes Benz Superdome on October 06, 2019 in New Orleans, Louisiana. (Photo by Jonathan Bachman/Getty Images)

In five games this season, Howard has 11 receptions on 14 targets for 141 yards. He lamented his diminished role in the offense Monday after a loss to the New Orleans Saints over the weekend.