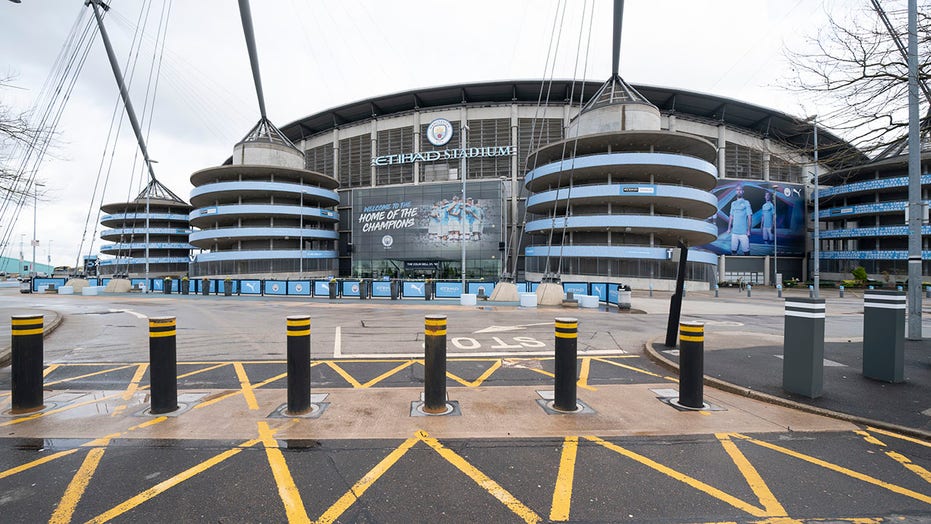 Some talking points ahead of the resumption of the Premier League following a three-month suspension caused by the coronavirus pandemic:

The fact that Liverpool will win its first English league title in 30 years is not really in doubt.

Still to be ascertained, however, is how much of a record-breaking season this will be for the team coached by Jürgen Klopp.

Liverpool needs 19 more points from its remaining nine games to break the record total for a season of 100, set by Manchester City’s title-winning team of 2017-18. That same City team had the biggest title-winning margin of 19 points — Liverpool currently leads by 25.

If Liverpool wins at least six of the games, it will have the most victories in a season. The team could also still become the first to win all 19 of its home games, having triumphed in all 15 so far.

Liverpool has already made the best-ever start to a season in any of the major European leagues, with 61 points from the first 21 games. The 25-point lead is the biggest in English history, while 22 straight home wins — over the past two seasons — is also a Premier League record.

Manchester City's two-year European ban, which is currently under appeal, has opened up the race for Champions League qualification because a fifth-place finish could now secure a place in the competition.

Seven teams are in realistic contention for the remaining three spots alongside champion-elect Liverpool, from third-place Leicester down to ninth-place Arsenal.

Leicester is 10 points clear of sixth-place Wolverhampton Wanderers, so is in good shape for a second Champions League campaign in five years.

Chelsea has held fourth place for much of the season, but had seen the gap to fifth-place Manchester United shrink to three points on the back of only two wins from seven games before the shutdown.

Five points separate United from Arsenal, which has a game in hand. Of all the teams, United has the kindest schedule in the run-in, with games against five of the bottom six teams.

Much intrigue, too, lies in the fate of Sheffield United, which was widely expected to be a relegation candidate this season but finds itself two points behind Man United with a game in hand, against next-to-last Aston Villa in the first game of the restart.

Could the 60,000-seat Olympic Stadium in London be playing host to second-division soccer next season?

West Ham, the stadium's tenant, is among the six teams in realistic danger of relegation going into the last six weeks, currently only out of the bottom three on goal difference.

And with matches against Champions League-chasing teams Wolverhampton Wanderers, Tottenham and Chelsea to start with, the team led by David Moyes could soon be plunged into the relegation zone.

Last-place Norwich is six points adrift of safety and faces the biggest task to stay up. Villa, another team in its first season back in the top division, is two points behind third-from-last Bournemouth, Watford and West Ham.

Brighton, two points above the bottom three, makes up the six teams and has a tough initial run with games against Arsenal, Leicester, Man United, Liverpool and Man City in its first six games back.

Given the financial impact of the coronavirus outbreak on soccer, staying in the Premier League has rarely been so vital economically.

There’s a strong chance the bigger clubs will thrive in this pandemic-delayed run-in.

The temporary law change that allows teams to make five substitutes instead of three in a single match should benefit those with deeper squads, typically the richer and higher-ranked teams.

Similarly, those clubs should be able to better negotiate a congested schedule of nine or 10 league games — plus FA Cup matches in some cases — in a six-week period because of their squad strength.

Also, lowly clubs who often rely on points accrued at home will be deprived of the chance of playing in front of their own fans because of the ban on spectators attending matches, one of the key conditions of the restart. The three teams currently in the relegation zone, for example — Norwich, Aston Villa and Bournemouth — have combined for only six away wins in the league this season, as opposed to 13 at home.

More than 70 players are out of contract on June 30, about a month before the reshaped season is scheduled to be completed.

The Premier League is allowing clubs to enter into short-term contract extensions with players through to the end of the season, provided they are agreed to by June 23. The question is, how many players will do so?

The obvious danger for a player is that he extends his deal and sustains a serious injury which endangers his next, potentially lucrative move as a free agent.

Manchester City great David Silva is one of players whose contract is due to expire but is expected to briefly extend his stay. Adam Lallana has already agreed to stay on at Liverpool for another month.

But what about Willian and Pedro Rodriguez at Chelsea, Jan Vertonghen at Tottenham, David Luiz at Arsenal, and Ryan Fraser at Bournemouth?