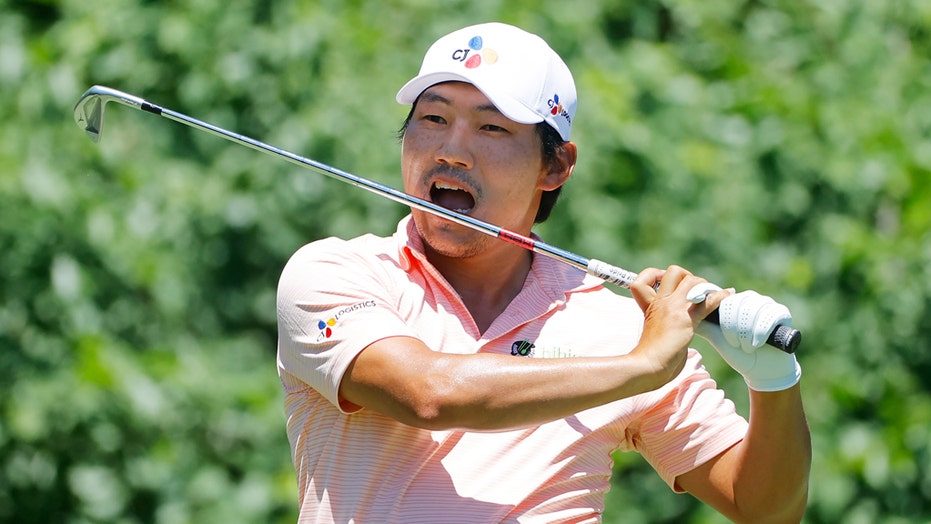 South Korean golfer Sung Kang made an impressive hole-in-one Thursday during the first round of the Charles Schwab Challenge, the first PGA Tour event since the coronavirus pandemic shut things down.

Kang nailed the ace on the 162-yard par-3 13th hole at the Colonial Country Club in Fort Worth, Texas. It was the 25th ace of the PGA Tour season.

Under normal circumstances, fans in the gallery would be going wild for Kang. But there were no fans allowed at the event and those who were watching it on TV commented that the lack of any kind of celebration was noticeable.

Kang said after the round that he had no idea the ball was even in the hole, according to GOLF Channel.

“We couldn't really see where it went, so my caddie just told me it's probably about a foot away in the shadow somewhere  – just the shadow for the flag  – so I thought it was just close,” he said. “We didn't even know it was in. And then we're walking, walking up there, and one of the media guys asked us: What did I hit? And my caddie said, 'Is it in?' And he said, ‘Oh, it's in.’”

It’s Kang’s second hole-in-one of his career. He previously had an ace at the 2011 AT&T Pebble Beach Pr-Am.

Kang finished the first round 2-over par and tied for 110th. Justin Rose and Harold Varner III were tied at 7-under.