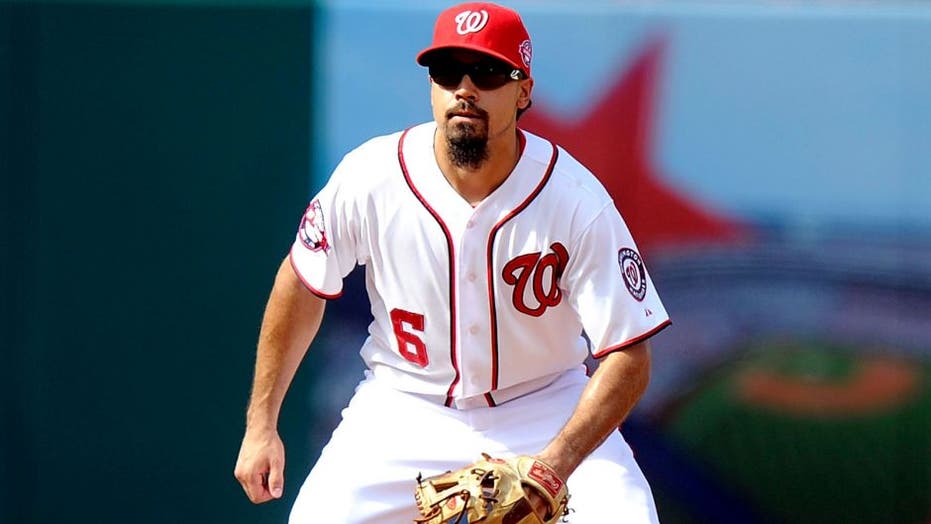 Anthony Rendon is set to be the next big free agent to sign with a team.

Stephen Strasburg and Gerrit Cole both locked up deals this week, and now it will be the slugging third baseman's turn to figure out where he is going to play baseball in 2020 and beyond.

The Washington Nationals brought back Strasburg on a reported seven-year, $245 million contract earlier this week, and apparently the World Series MVP wants the franchise to keep its core together.

Strasburg has been in direct contact with Rendon and is “actively trying to convince Rendon to return to Washington" while also telling the Nationals to do "everything possible" to bring him back, MASN Sports reported Tuesday, citing a source.

Rendon made his first All-Star Game appearance in 2019. He hit .319 with a 1.010 OPS and 34 home runs in 2019. He finished in third place in National League MVP Award voting. While The Washington Post reported the Nationals offered him a long-term contract earlier in the year, Nationals owner Mark Lerner said last week the team couldn’t afford both the third baseman and Strasburg.

“We really can only afford to have one of those two guys,” Lerner told NBC Sports Washington. “They’re huge numbers. We already have a really large payroll to begin with. So we’re pursuing them, we’re pursuing other free agents in case they decide to go elsewhere.”

Scott Boras, who represents Rendon and Strasburg, said Tuesday that the way his pitcher’s contract was structured, the team could be able to retain Rendon.

“I think Mark’s comments were before the Strasburg negotiations were complete,” Boras said, according to MASN Sports. “And that contract structure that Stephen did allowed certainly an opening and a consideration that probably the Nationals were available to them in their decision making. So I think it’s something that clearly opens doors for them. And when you look at their payroll structure, and the amount of money they have in the $60-$70 million range with their payroll, I think they can sign not only an Anthony Rendon but many players.”

The Los Angeles Angels and Atlanta Braves reportedly have been interested in Rendon this offseason. The Washington Post reported that the Nationals are willing to go with free agent Josh Donaldson if the opportunity presented itself.