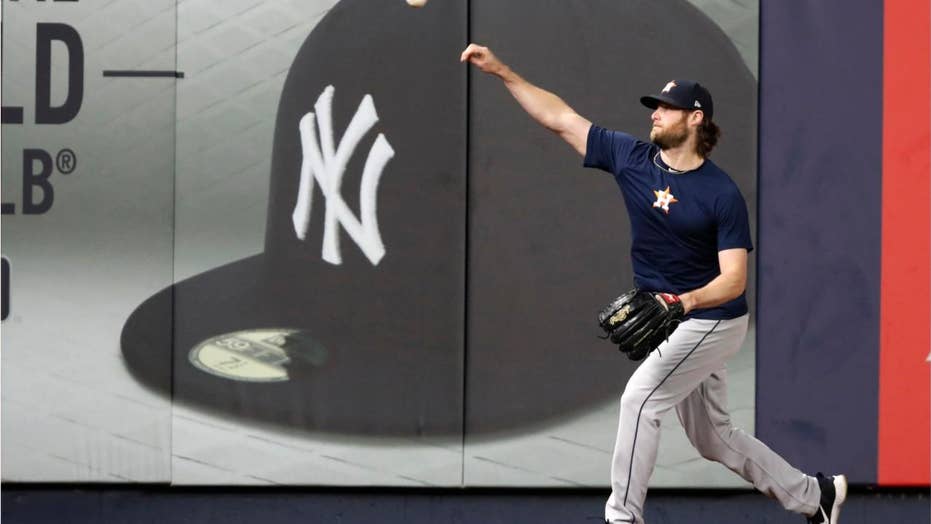 Gerrit Cole's scored one of the richest contracts in baseball history, thanks to the New York Yankees.

Gerrit Cole and the New York Yankees reportedly agreed to a nine-year, $324 million contract Tuesday night making him one of the highest-paid players in baseball.

Cole’s reported deal with Yankees tops Stephen Strasburg’s deal with the Washington Nationals earlier this week. Strasburg signed a seven-year, $245 million deal with Washington which was the richest contract for a pitcher at that time. It only took a little over a day for that record to fall.

With Cole’s deal finished, he joins some of baseball’s best in richest contracts in MLB history.

Manny Machado and the San Diego Padres agreed to a 10-year, $300 million contract last offseason. He agreed to a deal right before the start of spring training in 2019. He earned $10 million in 2019 and will earn $30 million annually from 2020 to 2028. According to Cot’s Contracts, he will also receive a hotel suite for road games and the right to buy premium tickets at Petco Park.

Cole’s aforementioned deal with the Yankees is the richest for any pitcher in baseball. Strasburg’s deal was the richest before Cole’s. But before everything went down this week Boston Red Sox pitcher David Price had the richest deal for a pitcher at $217 million. Cole automatically becomes the Yankees’ ace.

Giancarlo Stanton signed his large contract when he was with the Miami Marlins. (AP Photo/Julie Jacobson, File)

Philadelphia Phillies' Bryce Harper had the most lucrative contract in MLB history for about a month. (AP Photo/Nick Wass)

Early in his career, Bryce Harper was thought to have been the first $400 million player. But he fell short of that mark last offseason when he signed a 13-year, $330 million with the Philadelphia Phillies. He earned $10 million in 2019, will receive $26 million annually from 2020 to 2028 and $22 million annually to 2029 to 2031. It was the richest contract in MLB history at the time but another competitor beat him out about a month later.

There’s no doubt Mike Trout is one of the greatest baseball players of this generation. The Los Angeles Angels paid him as such in March 2019. The two sides agreed to a 12-year, $426.5 million contract which will keep the outfielder in an Angels uniform until 2030. He earned $16 million last season and will earn $36 million in 2020. He will earn $35.45 million annually from 2021 to 2030.