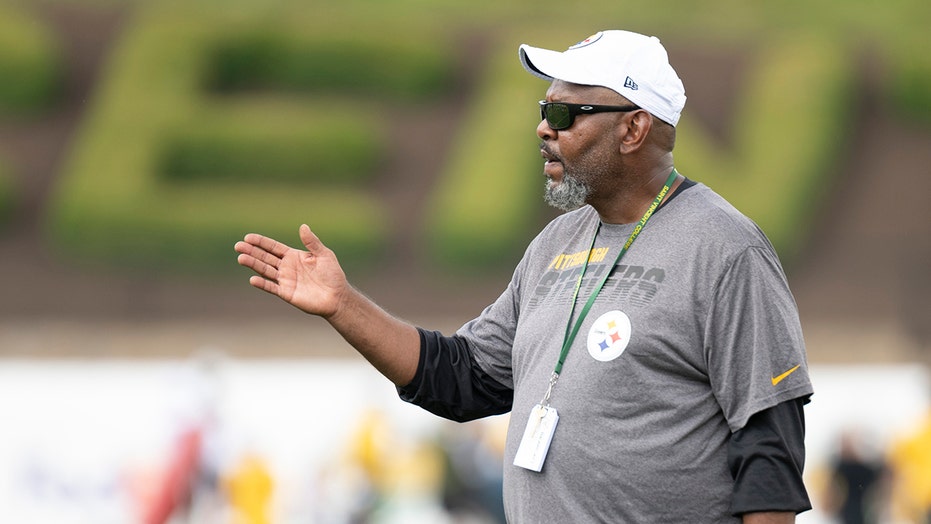 “We are at a loss for words following Darryl Drake’s passing this morning,” Steelers President Art Rooney II announced in a statement. “Darryl had such an impact on the players he coached and everyone he worked with throughout his entire career. He was a passionate coach and had a tremendous spirit toward life, his family, his faith and the game of football."

“Our prayers and thoughts are with his wife, Sheila, his three daughters, his grandchildren and entire family during this difficult time.”

Following news of his passing, the Steelers canceled their training camp practice at Saint Vincent College in Latrobe, Pa., on Sunday and it's unknown whether they will resume practice on Monday. The team did not mention a cause of death.

Drake was a highly respected coach whose football career spanned five decades, starting as a collegiate player for Western Kentucky University in 1975, before playing wide receiver for the Washington Redskins, the Ottawa Rough Riders and the Cincinnati Bengals. He began his coaching career as a graduate assistant for Western Kentucky in 1983 and spent 21 years in the college ranks before making his mark as an assistant coach in the NFL from 2004-2019.

He was scheduled to begin his second season as the Pittsburgh Steelers wide receivers coach. He previously coached wide receivers for the Chicago Bears from 2004-12 and the Arizona Cardinals from 2013-2017. Some notable players coached under Drake include Antonio Brown and Larry Fitzgerald.

Drake was well-liked by the Steelers, where he was remembered for his one-liners in practice, including "don't drag the toe, click it" when coaching wide receivers to stay in bounds during drills.

An outpouring of mourning, support and prayers were posted online Sunday by former teams, players and coaches that Drake has positively impacted, with former Indianapolis Colts head coach, Tony Dungy, calling him a "tremendous coach and an even better man."

"Darryl was a close friend and had a tremendous impact on my coaching career," Steelers head coach Mike Tomlin said in a statement. "He was an amazing husband, father and grandfather, and it is difficult to put into words the grief our entire team is going through right now."

"Darryl loved the game of football and every player he ever coached. We will use our faith to guide us and help his family throughout the difficult time."