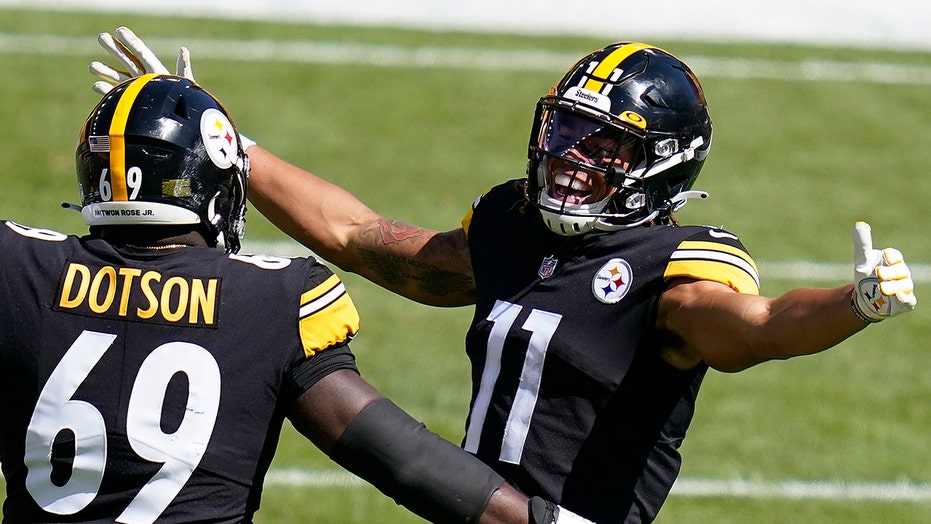 Welcome to the NFL, Chase Claypool.

The rookie wide receiver out of Notre Dame scored his first career touchdown for the Pittsburgh Steelers in a 26-21 victory over the Denver Broncos on Sunday afternoon.

With 6:34 to go in the first half, Steelers quarterback Ben Roethlisberger connected with Claypool for an 84-yard touchdown strike, which put Pittsburgh up 14-3 over the Broncos.

It was the longest play from scrimmage by a Canadian-born player, according to NFL Research.

Claypool finished the game with three receptions for 88 yards and the one score.

During his senior season with the Fighting Irish, Claypool had 66 catches for 1,037 receiving yards and 13 touchdowns in 13 games.