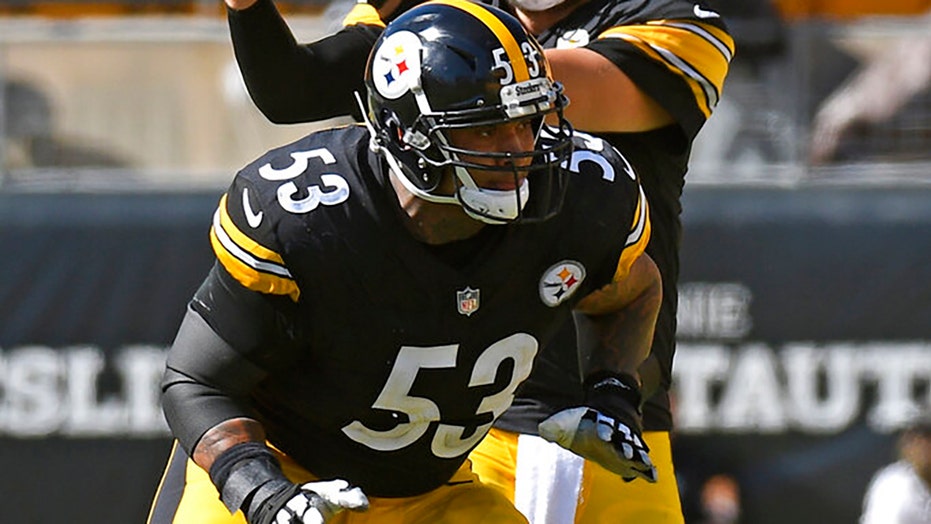 Pittsburgh Steelers center Maurkice Pouncey wore the name of a fallen officer for Sunday’s Week 2 game against the Denver Broncos days after drama over who the team was going to support.

Pouncey wore the name Eric Kelly on the back of his helmet. Kelly was one of three East Pittsburgh police officers who were killed in a 2009 domestic incident in Stanton Heights, according to WTAE-TV.

The offensive lineman’s decision came amid some drama over the team deciding to wear the name of Antwon Rose Jr. on their helmets during their first game of the season on Monday.

Rose was shot and killed in 2018 by Pittsburgh police. Officers stopped his car he was riding in because it matched one that was described to have allegedly been in a drive-by shooting. Officer Michael Rosfeld opened fire on Rose when he and another person in the car ran from police. Rose was shot three times.

An investigation later linked the vehicle to the shooting with the passenger in the incident pleading guilty to opening fire during the drive-by, according to the Pittsburgh Tribune-Review. Rosfeld faced charges in the shooting but was acquitted in a four-day trial.

The Steelers had honored Rose but Alejandro Villanueva broke from the team and wore the name of a fallen soldier instead.

Pouncey released a statement on the issue earlier in the week, saying he should have done more research before choosing to wear Rose’s name on his helmet.

“I want to personally clarify what transpired this past Monday night in regard to having Antwon Rose’s name on the back of my helmet,” he wrote in an Instagram message on Thursday.

“I was given limited information on the situation regarding Antwon, and I was unaware of the whole story surrounding his death and what transpired during the trial following the tragedy. I should have done more research to fully understand what occurred in its entirety.

“My work with the police, both in Pittsburgh and back home in Florida, is well documented. I don’t always feel the need to highlight what I do with police departments, but I also want to make sure they understand I inadvertently supported a cause of which I did not fully comprehend the entire background of the case. I take responsibility for not doing more investigating into something that is sensitive to the community and his family, but it is a less learned as it relates to political issues that occur every day in our society.

“Moving forward, I will make my own decision about what to wear on the back of my helmet. Make no mistake, I am against racism and I believe the best thing I can do is to continue helping repair relationships between the police and their communities. Systemic racism issues have occurred in our country for too long, and that needs to stop.