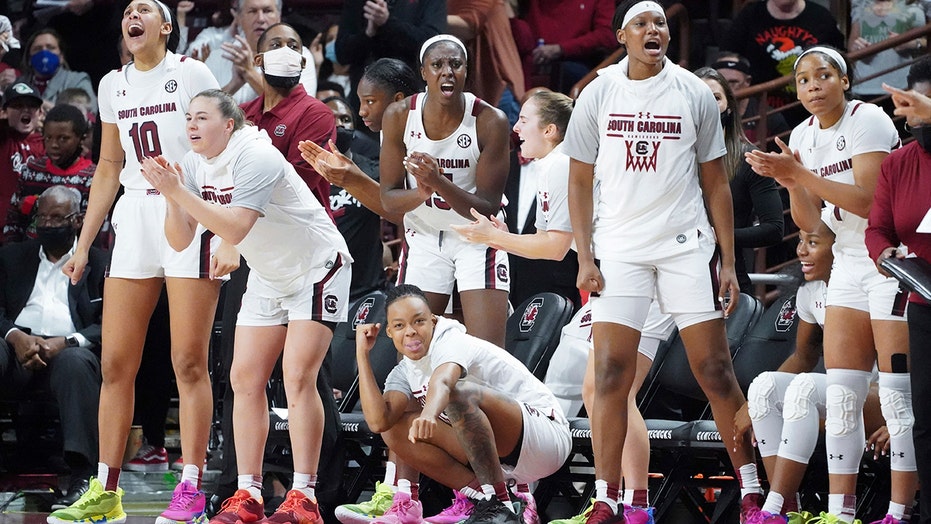 South Carolina remained the unanimous No. 1, receiving all 30 first-place votes from a national media panel Monday. The Gamecocks staved off another challenge from a top opponent, rallying to beat No. 2 Stanford 65-61 last Tuesday. Coach Dawn Staley's squad has beat five top-10 teams this season, including the No. 2 team twice.

The Cardinal stayed at No. 2 because of their strong showing against the Gamecocks. Louisville, Arizona and North Carolina State held their spots in the top five. In fact, the top 12 teams in the poll remained the same from the previous week.

Teams now turn their attention to conference play. The Wildcats have been off since Dec. 17 because of COVID-19 issues within the program. They were slated to open up Pac-12 play against Southern California on Friday, but that game was wiped out Monday because of virus issues at USC. Arizona's game against UCLA scheduled for Sunday had already been postponed because the Bruins have their own coronavirus problems.

Arizona's next chance to play as of now is Jan. 7 against Washington State.

The Big Ten has two tantalizing matchups this weekend, with No. 25 Ohio State visiting ninth-ranked Michigan on Friday. No. 6 Maryland travels to No. 8 Indiana in a key early season showdown on Sunday.

The conference has three teams in the top 10 consistently this season for the first time since the early 2000s.

No. 11 UConn saw its game against Marquette scheduled for Wednesday get wiped out because of COVID-19 issues within the Golden Eagles' program. The Huskies, whose last game was a loss to Louisville in the Women's Hall of Fame Showcase on Dec. 19, visit DePaul on Friday.

The only major movement in the poll came with Iowa dropping six spots to No. 21 after losing 74-73 at home to IUPUI. Iowa has lost two of its last three games, including one to rival Iowa State. The Hawkeyes will look to get back on track on Sunday against Illinois. Iowa, which started the season at No. 9, saw its game on Thursday against Penn State get scrapped because of COVID-19 issues within the Lady Lions' program.

Notre Dame at Duke, Sunday. The 15th-ranked Blue Devils have a first tough week in ACC play, with a trip to Virginia Tech on Thursday followed by a home game against the No. 17 Fighting Irish. Duke's lone loss this season came to No. 1 South Carolina.