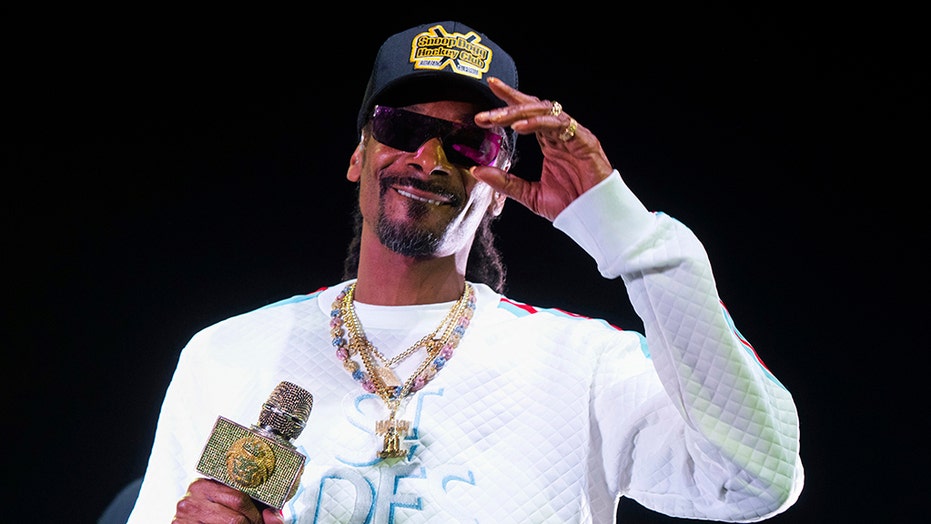 The event took place at the legendary Allen Fieldhouse to kick off the Jayhawks’ 2019-20 season in Lawrence. About 16,300 people crowded the arena for the event. The school later apologized, but Snoop Dogg wondered what everyone was expecting when they booked him for the show.

“The audience enjoyed that s—t,” Snoop said in an interview with radio host Howard Stern. “I don’t know what the f—k they talking about.”

He added that he wasn’t going to talk badly about the school.

“I think it was more the publicity of what I did,” Snoop said. “They had to cover it up. I respect them, and I wasn’t gonna put no smut on their name and say they did anything wrong because they invited me to come do what I do.”

He added: “And when you pay for Snoop Dogg, you gon’ get Snoop Dogg.”

University of Kansas athletic director Jeff Long issued an apology on Friday night over the performance.

"We apologize for the Snoop Dogg performance at Late Night," Long said. "We made it clear to the entertainers' managers that we expected a clean version of the show and took additional steps to communicate to our fans, including moving the artist to the final act of the evening, to ensure that no basketball activities would be missed if anyone did not want to stay for his show."

He added: "I take full responsibility for not thoroughly vetting all the details of the performance and offer my personal apology to those who were offended. We strive to create a family atmosphere at Kansas and fell short of that this evening."

During the event, Snoop Dogg performed some of his famous hits like "Gin and Juice," and "Drop It Like It's Hot," complete with a team of pole dancers. He wore a Kansas Jayhawks Jersey and even shot fake money into the crowd, which ESPN reported featured his own face on the currency.

Kansas head coach Bill Self also issued an apology for the event while claiming the performance went a bit further than he expected.