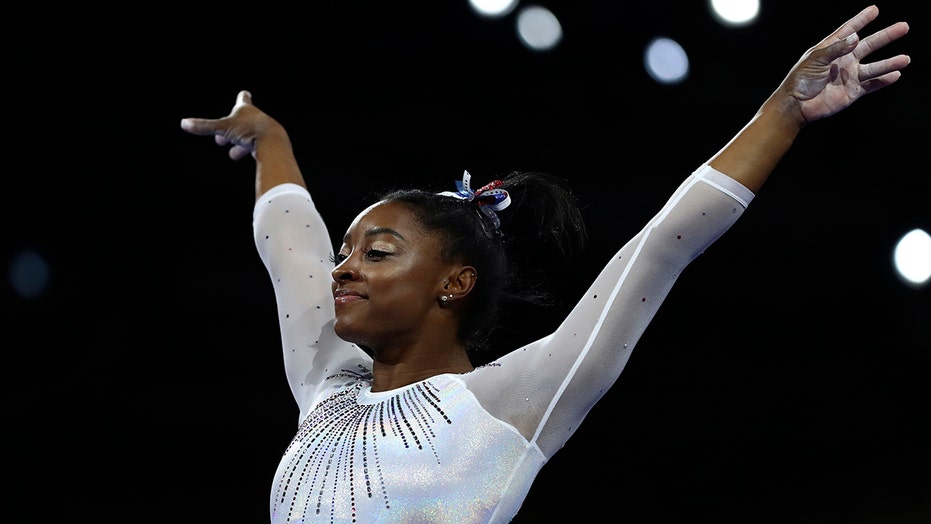 Simone Biles added to her collection of gold medals with an emphatic win at the world championships Thursday.

The 22-year-old received the gold medal in the World All-Around competition in Stuggart, Germany. It is her 22nd medal and 16th career gold at the event.

While adding to her total, Biles also became the first woman in history to win five world all-around titles. Biles won her first all-around gold medal in Belgium in 2013 and went on to win five more over the last six years. American Morgan Hurd took home gold in Montreal in 2017, a year in which Biles took a brief hiatus after the Rio Olympics.

In Thursday’s event, Biles only needed a 12.3 on the floor to take gold in the all-around. She received a 14.4 for a total of 58.999 after performing her two signature moves along with several twists and tucks. The second-place winner, Tang Ziging of China, was 2.1 points behind Biles, who bested her record margin of victory of 1.693 set last year.

Earlier in the week, Biles broke the record for most individual medals overall by a woman at the world championships. She broke the tie with Russian gymnast Svetlana Khorinka.

The Texas native is now just one medal shy of beating Belarusian gymnast Vitaly Scherbo, who holds the all-time record of 23 medals among men or women.

“I think that’s really impressive for someone to be able to do that; I guess that’s me,” Biles told The Washington Post on Tuesday “I haven’t got a chance to process it yet, but I think we’ll do some celebrating tonight for all of it — for the team, for the medal count, for the fifth year in a row.”