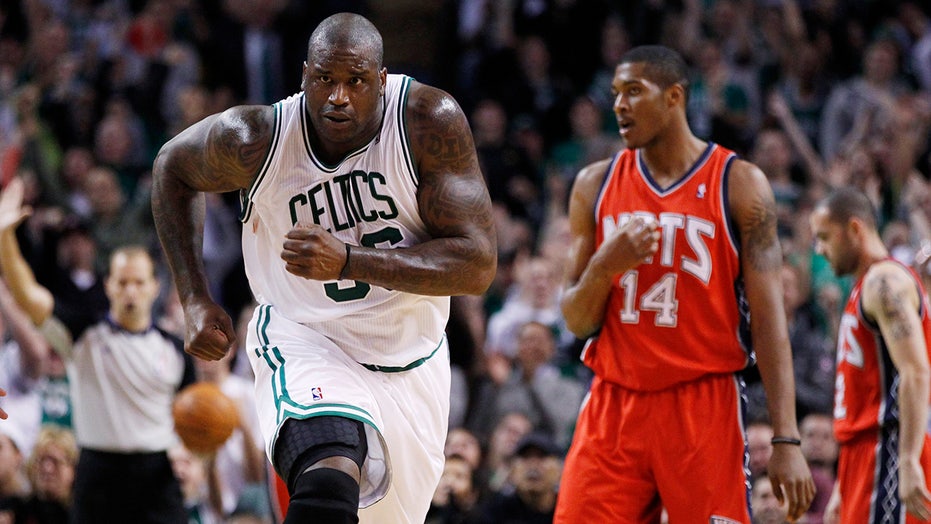 Shaquille O’Neal on Wednesday admitted he was ring chasing when he joined the Boston Celtics before the start of the 2010-11 season after a stint with the Cleveland Cavaliers.

The Hall of Famer center appeared on FS1’s “Fair Game with Kristine Leahy” and explained he was looking for another championship ring after three with the Los Angeles Lakers and one with the Miami Heat. O’Neal admitted he retired a year too early after signing a two-year contract with Boston.

O’Neal said he was looking forward to a farewell tour in the final year of his contract, but when he suffered an injury in his first season with the Celtics, it threw everything off. He said he felt like he would be robbing fans and robbing the Celtics if he couldn't play up to his expectations.

“And growing up in that military family, my father says you always gotta look a man or a woman in the face and be honest. And I felt like I was robbing them. I didn’t feel right. [Coach Doc Rivers] told me when I came in 'We’re not going to need you to do much. Just rebound.’ And I accepted and said O.K.

“I was ring chasing, I really was,” O’Neal said. “But I wanted to help [Paul Pierce] because Paul was one of my favorite players and I love [Kevin Garnett]."

O'Neal played 37 games that season with Boston and started 36 of them. He averaged 9.2 points and 4.8 rebounds per game -- the lowest numbers of his illustrious career.

The Celtics finished with a 56-26 record and won the Atlantic Division title. The team, however, lost to the Miami Heat in the second round of the Eastern Conference playoffs.