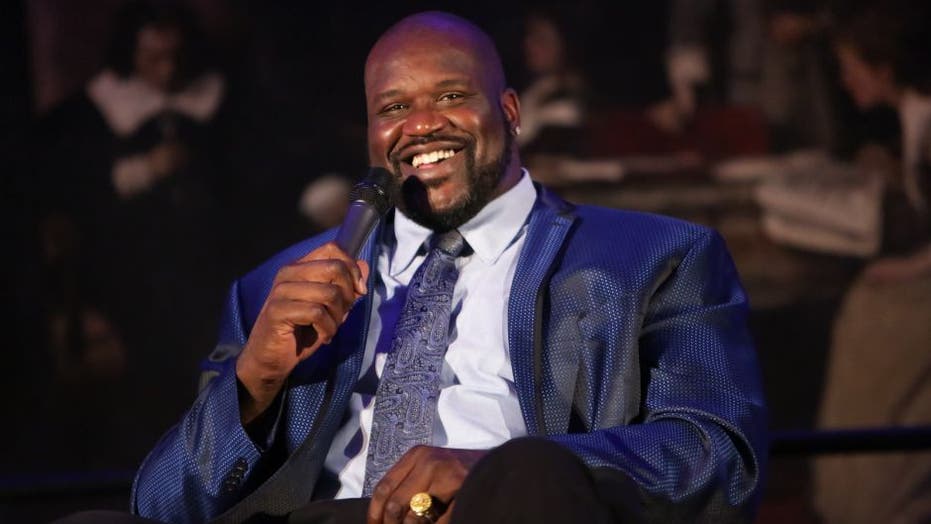 A friendly wager between Shaquille O’Neal and Dwyane Wade went viral after the legendary center was forced to reveal his true hairline on national television.

The former Miami Heat teammates placed opposing bets on Monday night’s game between the Heat and Milwaukee Bucks, with O'Neal betting against the team he once clinched a championship with in 2006.

“Let’s just get it out of the way, America,” O'Neal said during Tuesday night’s pregame show on TNT.

“I had a bet against one of my good friends, D Wade, Milwaukee versus the Heat. I said Milwaukee was gonna win by 20 and the Heat won. I said, ‘Well, what do you want me to do, pay you?’ And he said, ‘Nah, you gotta let your hairline grow.’”

An amused Wade chimed in with laughs: “You look good, big fella.”

O'Neal continued that he was “proud” of his meager hairline and that he would keep it for the rest of the week.

“You’re not gonna hurt my feelings, send in your tweets. Be as mean as you can be. I want to see them all, America.”

The former Los Angeles Lakers star even took to his Instagram to encourage the trolls, promising a free Invicta watch to whoever could post the “cruelest comments.”