A tennis racket Serena Williams famously smashed during an argument with the chair umpire before her loss in last year's U.S. Open to Naomi Osaka has sold at auction for $20,910, according to Goldin Auctions.

Williams threw the racket after the umpire ruled she had received illegal coaching, which gave her a second violation. She incurred a third violation for verbal abuse when she called the umpire a “thief,” insisting she has never cheated in her life.

SERENA WILLIAMS FINED $10,000 FOR REPORTEDLY DAMAGING COURT AHEAD OF WIMBLEDON

After her loss to Osaka, Williams gave the smashed racket to ball boy Justin Arrington-Holmes who sold it for a mere $500, The New York Times reported. 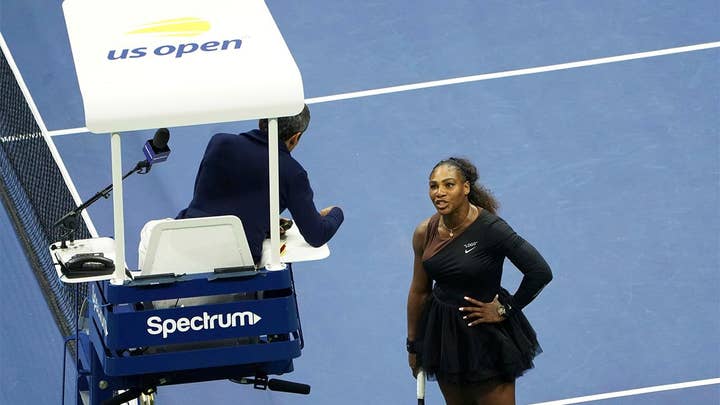 “Looking back I wish I’d had someone help me with the process,” Holmes told The Times. “I was not familiar with how any of this works. I just wanted to get rid of it.”

Williams was fined $10,000 this year for damaging a Wimbledon practice court when she threw her racket before the tournament started.