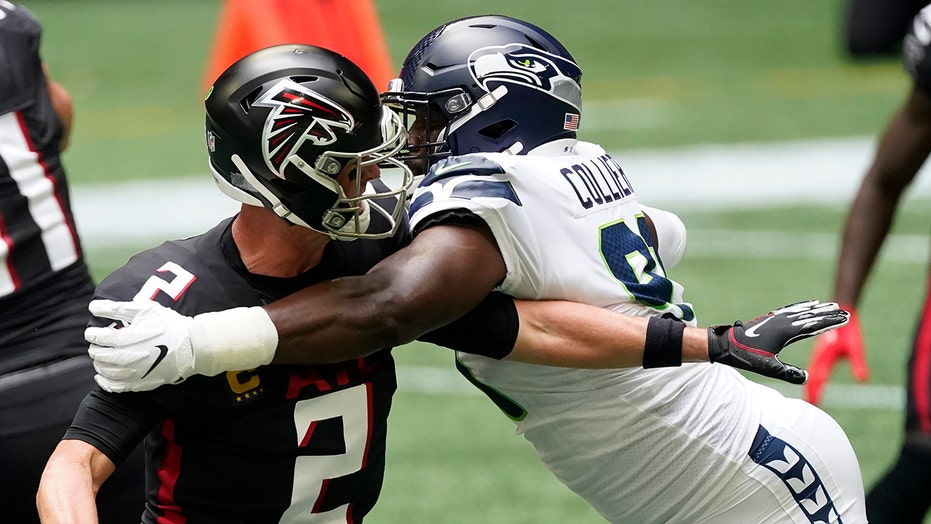 Brett Favre reacts to Big Ten football returning to play and speaks about the importance of football amid COVID-19.

Seattle Seahawks defensive lineman L.J. Collier opened up Thursday about his childhood and what he experienced growing up in a small Texas town.

Collier grew up in Munday – a town of about 1,300 people, about 190 miles west of Dallas. He told reporters that as a Black child there would be times he wouldn’t be allowed into a White person’s home, according to the Seattle Post-Intelligencer.

“Growing up, most of the Black people in town were kin to me," he said. "We were only known for really sports and stuff like that. Even now, I see it on Facebook. They (some White people in town) don’t take it seriously out there. They don’t take the shootings seriously. They don’t think it’s a real thing. I see it all the time. Not everybody there, but you know, small town being Black and stuff like that, people don’t see you for anything except playing sports. And for me, I hope that I can be a voice for people of color in small towns who aren’t in the cities where most of the stuff is being seen, like, ‘Man I hear you. I’m with you and yes, you do matter despite what the older White people are saying in town, you do matter.’ And things like that.

“It was definitely different growing up in a small town. The stereotypical stuff. I remember growing up at one point and some people wouldn’t let me in their house because I was Black. Things like that. Not everybody in the town is that way. There are a lot of closet racists. So you got to deal with those things. You live in and learn.”

Collier attended Munday High School in Texas and played colleg football for TCU before the Seahawks picked him in the first round of the draft last year. He had three tackles in 11 games in his rookie season.